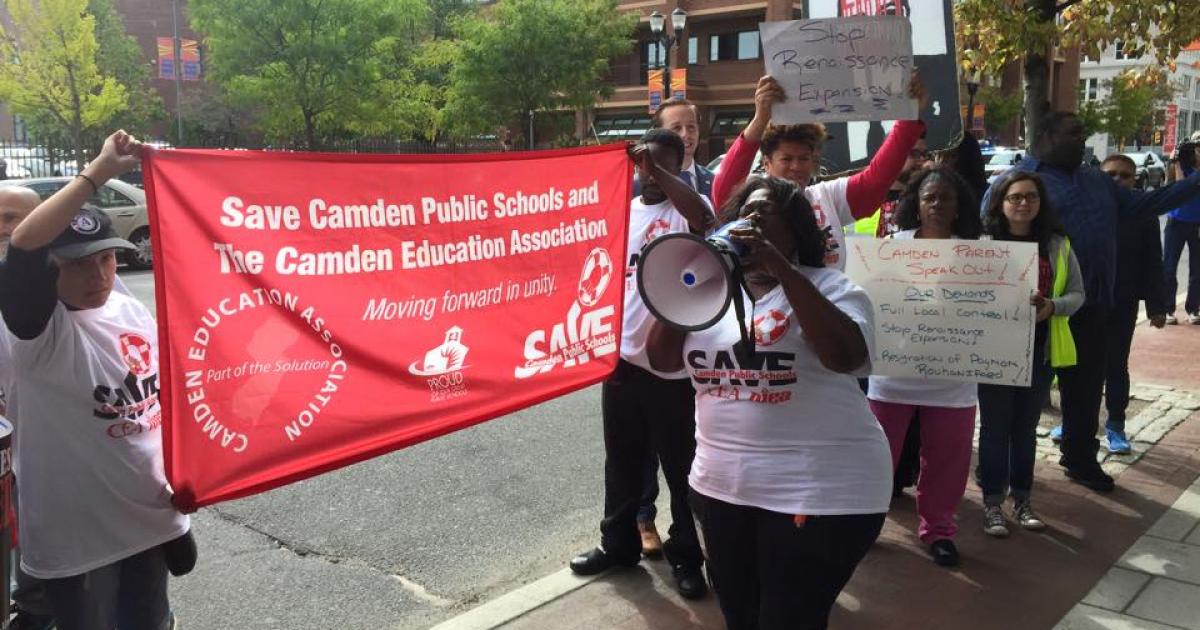 The Alliance to Reclaim Our Schools Newsletter
September 25, 2015

Welcome to our September 25 newsletter! Share the latest from your city or state with us on Twitter and Facebook. Don't forget to tell your friends and colleagues to sign up for our newsletter here. CAMDEN
On Tuesday, around 50 parents, students and community members protested against the privatization of Camden's public schools. The event, organized by New Jersey Communities United and Save Camden Public Schools, was held outside a conference on charter school expansion. The organizers are also demanding that the state return control of the district to the local community. The Camden protesters were joined by representatives from Newark, whose public schools are also struggling under the privatization-focused mandates of a state-appointed superintendent. Read more about the event here and check out some great pictures from the event here.

CHICAGO
After 34 days, the hunger strike for Dyett High School officially ended on Saturday. The brave parents, teachers and community leaders who put their bodies on the line successfully pushed Chicago Mayor Rahm Emanuel to reopen Dyett as an open-enrollment public school. This is a victory for all who care about public education! Join the hunger strikers for a citywide march and rally on Tuesday, Sept. 29 at 5:30 pm at the Thompson Center. Read more here. 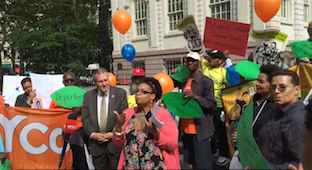 NEW YORK CITY
On Tuesday, the NYC Coalition for Educational Justice held a rally at City Hall to celebrate and support the 130 new community schools that have been created in the city. The expansion came as a direct result of grassroots organizers across the city fighting for schools that offer rigorous college and career-ready curriculum, comprehensive social and emotional services, and transformative parent and community engagement. Check out some great pictures from the event on Twitter with #MyCommunitySchools and show your support!

NATIONAL
Jonathan Stith, National Coordinator for the Alliance for Educational Justice, published a powerful op-ed in The Hill on Thursday linking the story of Ahmed Mohamed, the 14-year-old Texas student arrested for bringing a homemade clock to school, to federal policies that encourage the use of harsh, discriminatory school discipline policies. Instead, the federal government should be investing in programs like restorative justice that support students and keep them engaged in school. Read Stith's op-ed here.

In case you missed it: Desis Rising Up and Moving also published a powerful statement last week on Ahmed's arrest and the national fight for school discipline reform. 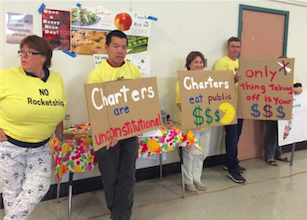 CONTRA COSTA COUNTY, CA
Over 200 parents, students, educators and community members from Contra Costa County held a rally on Sept. 16 against a proposed expansion of Rocketship Education. Rocketship is a for-profit charter school operator and had already been rejected by leaders in the Mt. Diablo School District. The company attempted to go over the district's head by appealing to the county school board at a Sept. 16 hearing, but the Mt. Diablo community put on a strong showing, with 25 speakers urging the board against supporting Rocketship.

NATIONAL
This week the Center for Media and Democracy released a complete, state-by-state list of charter schools that have closed since 2000. Especially important is the data that reveals that millions of federal tax dollars went to “ghost” schools that never even opened their doors to students. The report comes even as the U.S. Department of Education continues to award millions more in grants to states under the federal Charter Schools Program. Read the report here.

WASHINGTON, D.C.
The U.S. Congress has yet to begin reconciling the competing House and Senate versions of the bill to reauthorize the Elementary and Secondary Education Act. Though House and Senate leaders seemed eager to move forward with the reauthorization when they passed the bills earlier this summer, they have yet to name a conference committee. With the possibility of a government shutdown looming next week, ESEA looks to be taking a back seat. In the meantime, read our July policy brief to learn what's at stake in the reauthorization.