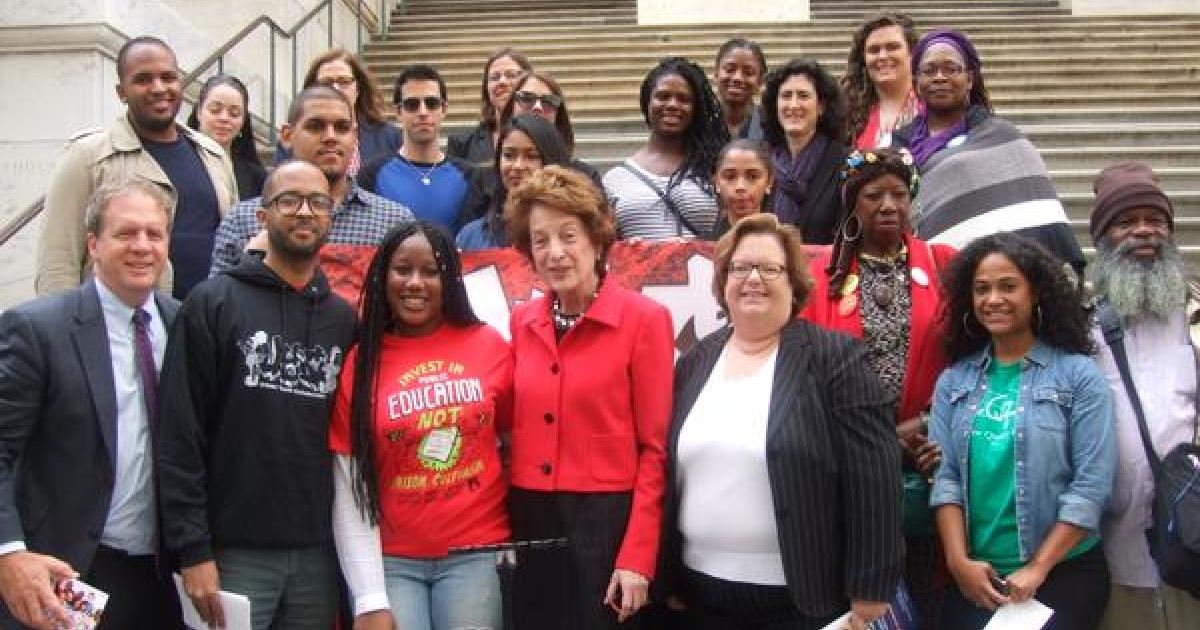 The Alliance to Reclaim Our Schools Newsletter
October 9, 2015

Welcome to our October 9 newsletter! Share the latest from your city or state with us on Twitter and Facebook. Don't forget to tell your friends and colleagues to sign up for our newsletter here. 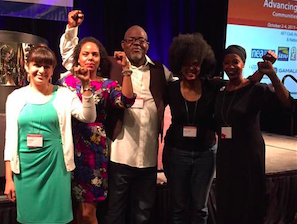 Participants at the #Justice2015
conference in New Orleans.
Picture via Cassie Schwerner.

NEW ORLEANS
At a conference last weekend in New Orleans, The Alliance to Reclaim Our Schools announced the launch of its national campaign for the Schools All Our Children Deserve. Already 15 city and state tables have joined, including: Milwaukee, Massachusetts, Boston, Chicago, Detroit, New York, Miami-Dade, Philadelphia, Pittsburgh, Newark, Camden, Houston, Cincinnati, Los Angeles, East Baton Rouge and more! Individual organizations and citywide or statewide campaigns are encouraged to sign on. To find out how you can participate in the fight to win world class public schools in every community, contact AROS Campaign Director Madeline Talbott at mtalbott321@yahoo.com. Read a recap of the New Orleans conference here.

NATIONAL
The Dignity in Schools Campaign is in the middle of its 6th annual National Week of Action Against School Pushout. Students, parents and community members across the country are holding events to protest the use of harsh, discriminatory school discipline policies and to push for positive alternatives like restorative justice. The week of action will continue through this weekend, so click here to see a full list of events. And check out #DSCWofA2015 for some great pictures and live updates. 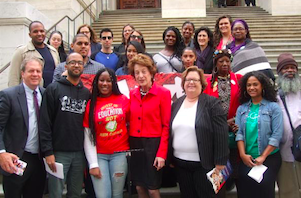 NEW YORK CITY
The Urban Youth Collaborative and the Alliance for Quality Education joined lawmakers and advocates on Thursday to introduce statewide legislation to push for the end the of the ‪school-to-prison pipeline and for funding for‪ restorative justice programs across the state. The legislation has been years in the making and, among others, honors the memory of Jawaan Daniels, a 15-year-old Black student who was killed on his way to the bus stop after he was given an out-of-school suspension for walking in the hallway. Read AQE's press release here.

NATIONAL
With the news that U.S. Secretary of Education Arne Duncan will be stepping down, the Alliance to Reclaim Our Schools released the following statement last week:

“While we wish the Secretary nothing but happiness, we hope this will be a moment for a fresh start at the Department of Education. The department under Duncan’s leadership has largely failed our nation’s most vulnerable children, particularly black and brown students, and forced states to compete for federal funding by meeting flawed standards and promoting the overuse and abuse of standardized testing. His leadership has also brought an expansion of charter schools with little or no accountability, leading to unprecedented waste, fraud and abuse. The students, parents and teachers of this country need and deserve a department of education that is committed to opportunity for every child – regardless of what zip code they live in – as well as accountability and transparency policies that ensure all children have access to quality public schools." 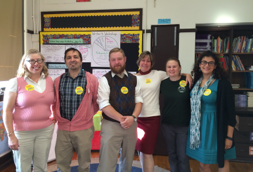 MASSACHUSETTS
Today the Massachusetts Education Justice Alliance wraps up its week of action against charter school expansion. Public schools across the state will lose an estimated $419 million in funding to charter schools this year. Check out #KeeptheCap for live updates and pictures from across the state.

Also in Massachusetts: As part of the Dignity in Schools Campaign's National Week of Action, students with the YOUNG Coalition, the Boston-area Youth Organizing Project, the Boston Student Advisory Council and Youth on Board held listening sessions at subway stops across the city to hear from students and parents about their experiences with harsh school discipline policies. Click here for pictures from the event. 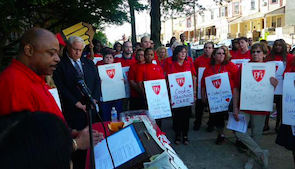 PHILADELPHIA
In the wake of the district's latest announcement that more Philadelphia schools will be closed or converted to charters, the Philadelphia Federation of Teachers held a protest rally on Wednesday at Cooke Elementary School. The event marked the one-year anniversary of the city's School Reform Commission canceling PFT's contract, and PFT also called for the district to invest in creating sustainable community schools rather than more charters. Read more about the event and their proposal here.

Also in Philadelphia: On Thursday, Philadelphia students led a school walkout to protest the ongoing impasse over the state budget that is depriving Philly schools of desperately needed funds. Read more here.

CHICAGO
Chanting "the less you invest, the more we protest," about 200 students from Roosevelt High School in Chicago walked out of class on Monday to protest recent budget cuts that forced the layoffs of several teachers and support staff. They were joined by students from Schurz and Foreman High Schools, who also lost school personnel to the budget cuts. Read more here and watch a great video interview with some of the students here.

OHIO
Former Ohio Governor Ted Strickland wrote an open letter this week to U.S. Secretary of Education Arne Duncan criticizing the federal department's recent $71 million grant to expand charter schools in the state. Ohio's charter school sector has been under fire for waste, fraud and abuse, and Strickland says the money would be better spent investing in the state's public schools. Read his letter here.

Oct. 3-11: The Dignity in Schools Campaign is hosting its 6th Annual National Week of Action Against School Pushout in partnership with grassroots organizing groups nationwide. Click here to find an event near you!