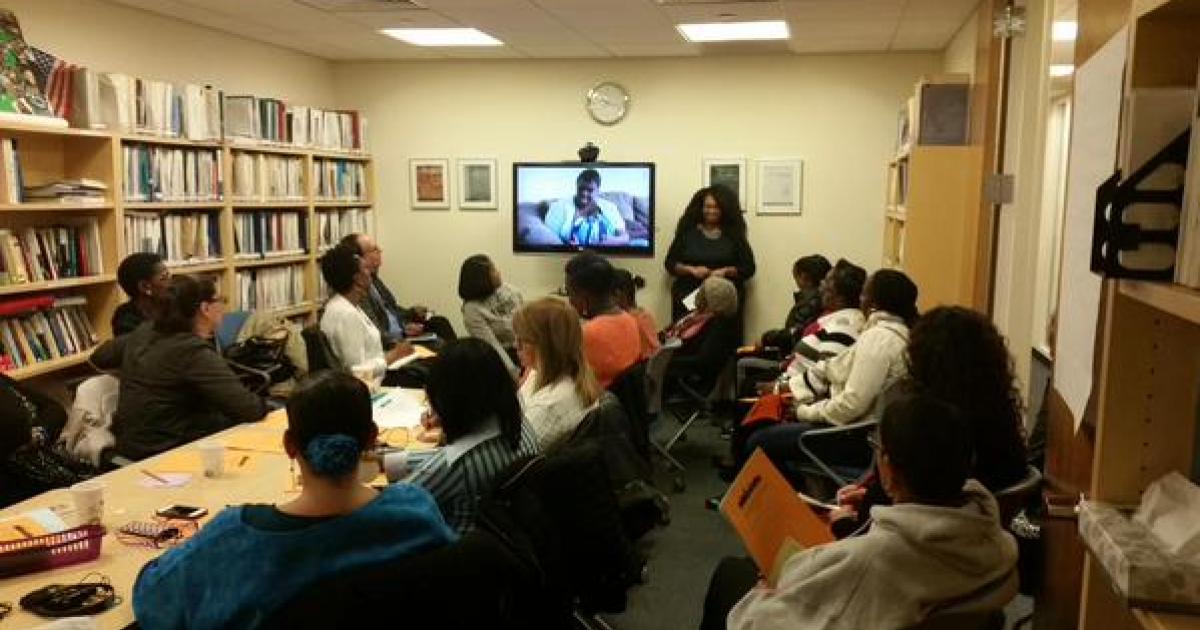 The Alliance to Reclaim Our Schools Newsletter
October 23, 2015

Welcome to our October 23 newsletter! Share the latest from your city or state with us on Twitter and Facebook. Don't forget to tell your friends and colleagues to sign up for our newsletter here. 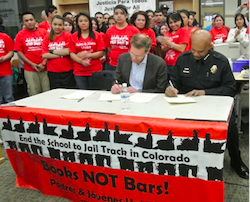 The School-to-Prison Battles
The bad…
Charter school founder Eva Moskowitz is coming under fire for her “no excuses” approach to student misbehavior in her New York City Success Academy schools. A new report by Leo Casey of the Shanker Institute found that Success Academy schools suspend students at 7 times the rate of the NYC public schools and that the network misrepresented their suspension data in required reports to the U.S. Department of Education.  Read more here.

The hopeful…
On the other side of the coin, grassroots organizers across the country are successfully pushing districts to ban out-of-school suspensions and instead implement restorative justice policies. ABC News has a great report this week highlighting the trend and featuring the work of Padres & Jovenes Unidos in Denver.

AFT Statement on Racial Equity
The AFT’s Racial Equity Task Force has issued a report linking the issues of education, the economy and criminal justice and calling for concrete steps towards greater racial equity in each. In a column, AFT President Randi Weingarten notes, “We have to confront prejudice whenever we see or hear it, and grapple with our own biases and behaviors. We have started this process of talking about race in our union. It has been tough and emotional, but it is absolutely necessary to ensure that Black lives matter.” Read her full column here.

Takeover Districts Questioned
This week The Hechinger Report took a critical look at the track record of state “achievement districts,” through which low-performing schools are taken over and run by the state or (more often) turned over to charter operators. The article affirms the findings of AROS’s report on school takeovers. So-called “achievement districts” are the latest front in the battle against privatization, with legislative bills pending in several states.

What's the alternative? Try community schools, the model through which schools offer wraparound academic, health and social services to better support students and their families. For some inspiration, check out the winning schools from the Coalition for Community Schools' 2015 Award for Excellence. Read about the awardees here. 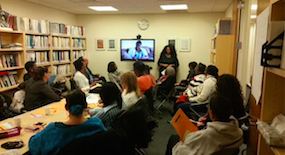 Parents attend a training hosted by the
NYC Coalition for Educational Justice.
Picture via Zakiyah Ansari.

Parent Power
On Tuesday the NYC Coalition for Educational Justice held a public speaking training for parents, teaching them to connect their personal stories with the fight for community schools. CEJ has long been a leading voice for education justice organizing in NYC. Check out pictures from the event on Twitter with #MyCommunitySchools.

Sign On for Community Schools
The Philadelphia Coalition Advocating for Public Schools penned an open letter to the city's School Reform Commission calling on them to create more community schools rather than closing schools or handing them over to charter operators. Sign on here.

(Can't) Follow the Money
The Center for Media and Democracy has been on a roll this year investigating the charter school industry. The group released yet another report this week, this time detailing how billions in federal charter start-up funds have disappeared into a "charter school black hole" over the past two decades. Federal and state governments have failed to keep tabs on how and which charters use taxpayer money, which has resulted in waste, fraud and abuse across the sector. Read more here.

ESEA Reauthorization
Given the turmoil in the U.S. Congress these days, it’s hard to imagine legislatures making any headway with the much-needed reauthorization of the federal Elementary and Secondary Education Act. But in a blog for Education Week, Alyson Klein argues that Speaker Boehner’s impending departure has jump-started negotiations in an effort to push a conference bill to the President’s desk before Boehner leaves.

Oct. 26: The Brighton Park Neighborhood Council is planning a rally and march to continue their protest against a new Noble Charter high school in their community.  More info here.

Nov. 6: Families and Friends of Louisiana's Incarcerated Children is celebrating its 15th anniversary and its many years fighting to for juvenile justice reform and to end the school-to-prison pipeline. Click here for details.