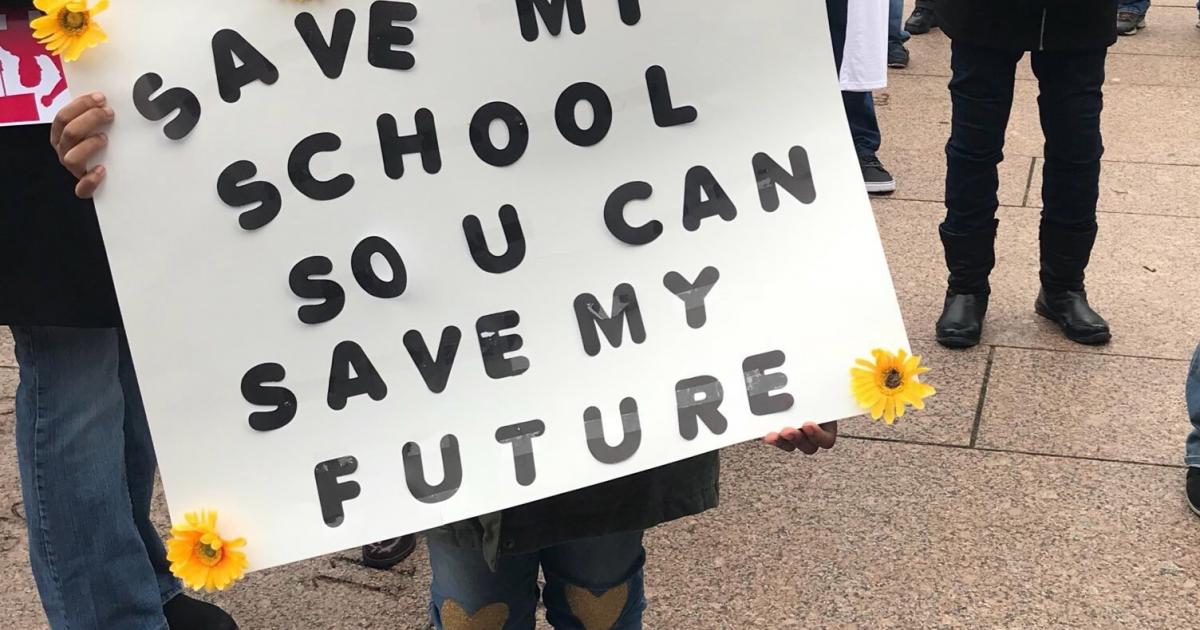 As Puerto Rico struggles to rebuild in the aftermath of Hurricane Maria, now five months ago, leave it to the disaster capitalists to suggest that this might be an opportunity to foist corporate-style school reform on the island. A few weeks ago, Puerto Rico Governor Ricardo Rosellό and state Secretary of Education Julia Keleher launched an effort to pass the Territory’s first charter school law. Bills have been introduced in both the House and Senate and are expected to be rammed through quickly. Now, strong investigative reporting (here, and here) has found the fingerprints of U.S. Education Secretary Betsy DeVos in the plan as well. Who would really be surprised. The similarities between this takeover effort and that in New Orleans in 2005 are unmistakable.

In an opinion piece in the NY Daily News, Billy Easton, director of the Alliance for Quality Education (AQE) speaks out against a new proposal from NY Governor Andrew Cuomo that would give the Governor the power to veto local school district budgets. Cuomo says he is seeking “accountability” but, as Easton points out, it’s the Governor who isn’t being accountable. Eleven years after the state enacted a new school funding formula designed to adequate support the state’s public schools and drive an equity-based agenda, New York State still owes $1.6 billion to public schools, just in New York City. The Governor continues to play games instead of investing in the state’s students.

Boston Refuses to Pay Up

The City of Boston is also refusing to pay up for schools that thrive, charges Ruby Reyes, director of the Boston Education Justice Alliance (BEJA). In an editorial in the Bay State Banner, Reyes notes; “Every Boston school should offer its students a high-quality education, but the proposed school budget falls far short of that standard. While this budget is better than it has been in previous years, it still subscribes to a model of school funding that at its core doesn’t believe all schools deserve the same opportunities and resources.”

At the end of last week, the media in Chicago verified what organizing groups already suspected—that publicized “community support” for the Mayor’s plan to close four public high schools in the Englewood community was actually orchestrated by CPS. And the proposal to close the successful National Teachers Academy in the South Loop was cooked up by a local alderman, in collusion with CPS and the mayor years before the closure was publicly announced.

The Chicago Sun-Times reported that outside groups, including people directly connected to CPS, served as the fake voices in support of closing the four high schools.

In response to the news, parents, local school council members, neighborhood residents and allies on Monday demanded that the Chicago Public Schools Board of Education cancel its planned vote on the closures. But the demand was unmet. The CPS board on Wednesday voted unanimously to close the four Englewood schools, as well as TPA. Youth, educators, parents and organizers marched to City Hall after the vote to protest the decision of the mayor’s hand-picked, rubber-stamp board. They converged on city hall (check out the video here) with shouts of “Rahm Emanuel’s got to go—hey! hey! ho! Ho!” and will continue the fight these closures, which continue Mayor Rahm Emanuel’s pattern of starving, then shuttering public schools in Black and Brown communities, before introducing new charter schools to take their place. The resistance is in no way weakening.

Kings and Queens: A Grandmother’s Response to School Closures in Chicago

The Partnership for the Future of Learning tells a powerful story about the history of school closings in Chicago and the parents and community leaders who have risen up in defense of their public schools. In an 8-minute video and an interactive website, Chicago’s mass-school-closing event in 2013 is documented, and the racial, economic and very personal fall-out is explored. Check out the story and watch the video here.

Public funding of California’s charter schools now tops $6 billion annually. A new report from In the Public Interest (ITPI) finds that despite this substantial investment, governments at all levels remain unable to proactively monitor the private groups that operate charter schools for fraud and waste.

Fraud and waste in California’s charter schools also includes an analysis of flaws in existing oversight, recommendations for reform, and an appendix of instances of fraud and abuse from 1997 through 2017.

An article from Buzzfeed, and reposted by Chalkboard this week documents and details what we already knew: acting Assistant Secretary of Civil Rights Candace Jackson was installed in the office by a prominent network of ultra-conservatives with a very different view of civil rights than the rest of the nation. While holding the acting position, Jackson has announced that the Office for Civil Rights will no longer investigate discrimination in schools against transgender students’ access to restrooms corresponding with their gender identity, changed how colleges deal with sexual assault cases, and has advocated for the withdrawal of Department policy addressing racial disparities in school discipline. The overall message—that the fox is indeed guarding the hen house—is not new. But the documentation is pretty interesting.

The Schott Foundation for Public Education has released its new “Loving Cities Index” that both demonstrates, and offers tools to address the pervasive gaps in education, health and economic outcomes for people of color and low-income individuals.

J4J National conference – May 18-20 in Chicago. For registration and more information, go to the Journey for Justice Alliance website.