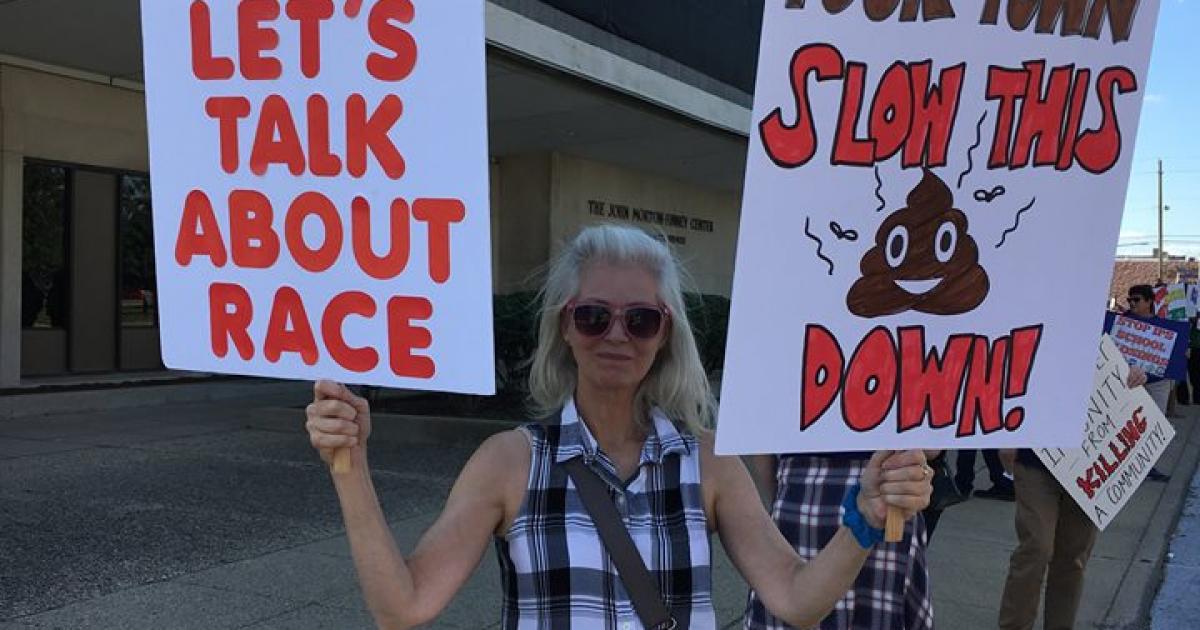 Welcome to the Fight-Back!

For the next few weeks, in addition to our usual news and organizing round-up, the AROS NewsBlast will feature information about our new initiative to fight the Trump/DeVos budget proposal and privatization agenda.  Please watch the NewsBlast for information about upcoming opportunities for local action!

Nearly three quarters of voters oppose the Trump administration's proposal to cut education funding by more than 13 percent, according to a poll commissioned by the American Federation of Teachers. The poll found that 74 percent of respondents oppose the budget proposal, with more than half of them - 54 percent - strongly opposed. The poll also found that nearly half of Trump voters (48 percent) opposed the proposal.

As reported in an earlier NewsBlast, members of the Philadelphia Student Union (PSU) have been fighting for a school police complaint process within the Philadelphia public school system.  Since PSU member Brian Burney was allegedly attacked at Ben Franklin high school in 2016, the group has been demanding a formal complaints process. The District Superintendent William Hite created a task force to develop such a process—but did not include any PSU members on it.  A complaint system was launched in early April. PSU has hailed the victory, but is arguing that the process does not go far enough. With the backing of the ACLU and Education Law Center, PSU is demanding additional components to strengthen the process, including a community review board. On June 6th, PSU presented their recommendations to the members of the Superintendent’s task force, which has agreed to another meeting to iron our final language. Read more here.

The Indianapolis School Board is moving ahead on a plan to close three historic high schools in the city, and to replace them with new charter schools. About 75 people, organized by a new AROS table in the city, protested at the School Board meeting this week. A dozen lined up to address the board during the public comment period, which allows for only 3 minutes per person. Ten AROS members orchestrated a “continuous speech” – each reading 3 minutes’ worth of a prepared 30-minute statement.

The school board seems to have deaf ears when it comes to community voices, and that’s no surprise to election watchers in the district. Indeed, all but one current board member have been elected with campaign funding from Stand for Children and the Mind Trust—pro-charter organizations that have been consistently bankrolling school board races in the city for years.  The agenda in Indianapolis seems clear, but perhaps an organized resistance is emerging! Read more here.

In one of its final decisions of the term, the U.S. Supreme Court ruled 7-2 that states cannot exclude religious institutions from state funding initiatives that have a purely secular intent. The case, Trinity Lutheran Church of Columbia v. Comer, was specifically about whether the church could receive public funds for playground upgrades. Public education advocates were anxiously awaiting the decision, fearing it could open the door to public voucher programs. The decision, however, left unanswered the broader question of how far states can go in sending public money to private, religious schools. The White House, and Secretary of Education Betsy DeVos praised the ruling as affirming that states cannot discriminate against individuals or organizations because of their religious beliefs, while both the NEA and AFT praised the court for keeping the decision narrow, punting a Court ruling on vouchers to another day. Two justices, Clarence Thomas and Trump appointee Neil Gorsuch, indicated their support for a broader interpretation of the law, while Justices Sotomayor and Ginsburg dissented. Read more about this important debate here.

At last year’s national convention, NAACP delegates passed a resolution (later affirmed by the organization’s executive board) calling for a moratorium on charter expansion. The resolution set off a fire-storm of protest from the charter industry, which first pressed hard for the executive board to reject the resolution, and then convinced the NAACP to create a task force to hold a listening tour around the country on the question of charters, and whether the nation’s oldest civil rights organization should reconsider the resolution. Despite efforts by the charter industry to pack those hearings, the seven-city listening events, and the subsequent appointment of privatization advocate Betsy DeVos as Secretary of Education appears to have strengthened the resolve of at least some NAACP leaders to double-down on their call for a moratorium.  The Task Force will release its findings at the national convention in late July.  Read more about the debate here.

July 19:  Secretary of Education Betsy DeVos is keynoting the American Legislative Exchange Council (ALEC) national conference in Denver.  Stay tuned for social media instructions as we call out DeVos on her privatization agenda!

August:  Members of Congress will be in their states and districts throughout the month of August.  AROS partners in many states will be meeting with their senators and representatives, and demanding that they hold firm against the Trump budget proposal and the Trump/DeVos voucher agenda.  Join us!