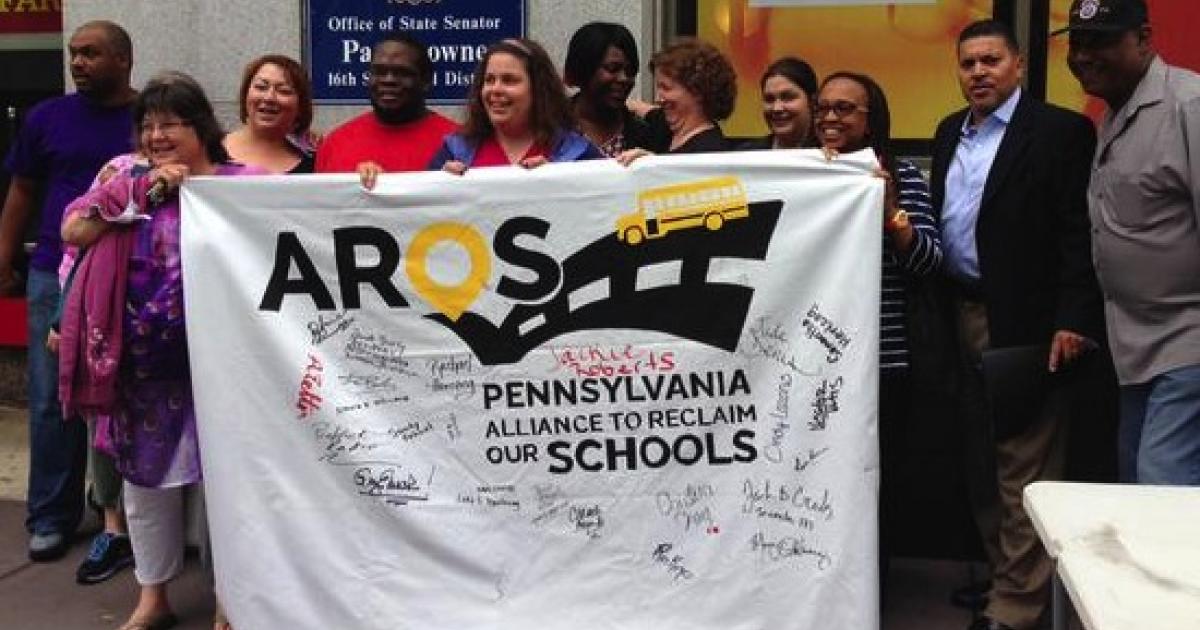 The Alliance to Reclaim Our Schools Newsletter
June 19, 2015

In light of the terrible event in South Carolina this week, our thoughts and prayers go out to the Charleston community and the families of the victims. We remain committed to fighting racism in all its forms and particularly in fighting for the schools and equal educational opportunities that all students deserve. 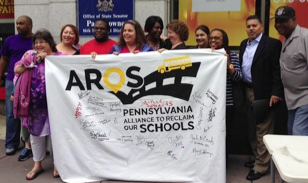 Pennsylvania AROS is collecting signatures on their
banner at each of the stops on their bus tour.

PENNSYLVANIA
Despite some engine trouble, the Pennsylvania Alliance to Reclaim Our Schools kicked off their statewide bus tour this week! They will be meeting with parents, students, teachers, community members and local leaders across Pennsylvania about the need for a state budget that invests fully and fairly in public schools. Check out the schedule of bus stops and other resources here. And follow Pennsylvania AROS on Twitter and Facebook for the latest updates and pictures.

Also in Pennsylvania: Philadelphia organizers have been fighting for schools on several fronts this past week. On Wednesday they defeated a proposed prison expansion, arguing that the $7 million price tag for land for the new facility could be better spent on schools. On Monday, community organizers joined the Philadelphia Federation of Teachers to protest a proposal to outsource the city's school nurses. Almost two years after the death of 12-year-old Laporshia Massey, who had an asthma attack at a school without funds for a full-time nurse, this proposal seems to be yet another instance of the city and state shirking their responsibility to fully fund the city's schools.

BOSTON
A few weeks ago we told you about an exciting new phone app created by Boston students to help their peers know and act on their rights in school, particularly when it comes to school discipline. WBUR's Learning Lab published a great story this week interviewing members of the Boston Student Advisory Council on why they created the app and how they hope it will empower students across the city. Read the story here. 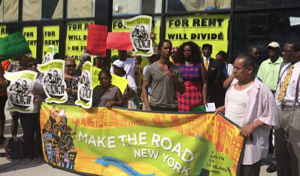 NEW YORK
Education organizers in New York are continuing to fight a tax credit plan proposed by Governor Andrew Cuomo that would give wealthy donors an incentive to donate to private schools and be reimbursed with state funds that could have gone to support public schools. Over 2,000 New York residents have joined an email campaign launched by the Alliance for Quality Education and the United Federation of Teachers to send a message to their representatives. Read their statement and sign on here.

NATIONAL
In a story for The Washington Post, the U.S. Department of Education responded to a letter we wrote to Secretary Arne Duncan last week expressing concerns around the lack of oversight for federal funds used to support the expansion of charter schools across the country. The article is a great summary of why we need to ensure that charter schools are held to the same accountability standards as traditional public schools. Read the article here.

NATIONAL
A story this week in The American Prospect chronicles the growing number of charter school teachers that are unionizing in order to win more stable and productive school environments. Charter schools, originally envisioned as teacher-led places of innovation expressly under the protection of a union, have become increasingly hostile to collective bargaining. But this spring, nearly 70 teachers and counselors at Alliance-College Ready Schools began a public battle to join UTLA in Los Angeles, joining hundreds of other organized charter teachers across the country. Both the National Education Association and the American Federation of Teachers have charter school members, and that number is growing each year. Read the article here.