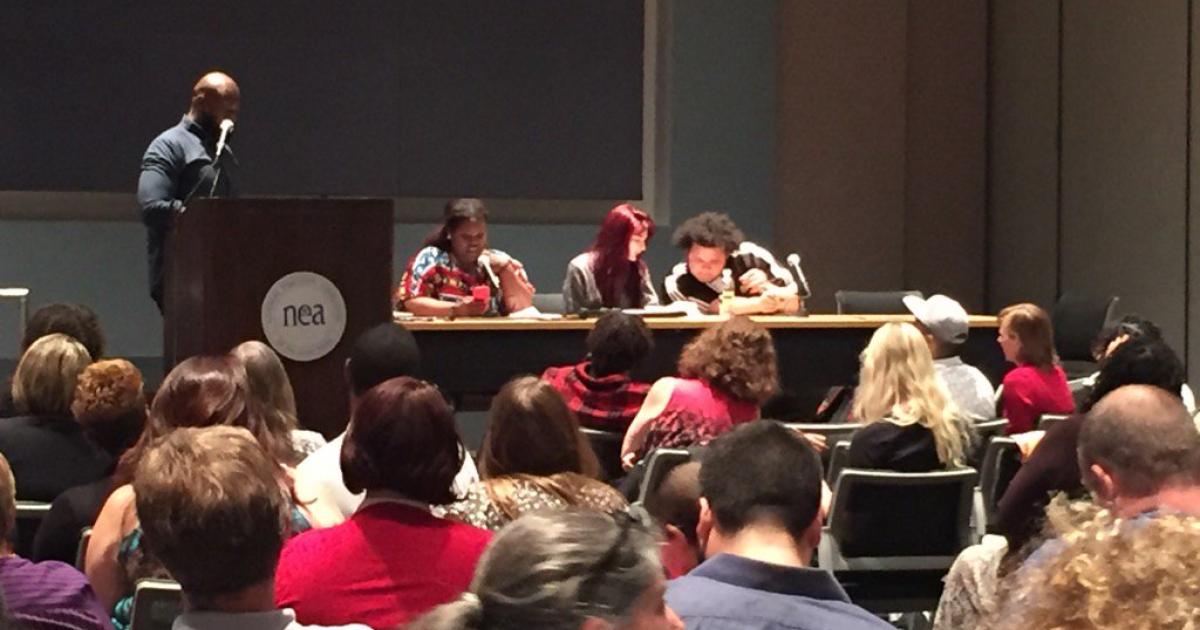 The Alliance to Reclaim Our Schools Newsletter
June 17, 2016

Welcome to our June 17 newsletter! As always, share the latest stories from your city or state with us on Twitter and Facebook. Don't forget to tell your friends and colleagues to sign up for our newsletter here. 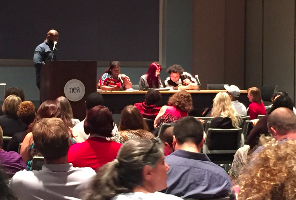 Thank you to everyone who joined us in D.C.
this week! Picture via Jessica Tang.

AROS CONVENING IN WASHINGTON, D.C.
Yesterday, advocates and organizers from across the country joined us in Washington, D.C. for a convening focused on planning and aligning our education justice organizing work. It was an inspiring day that only reaffirms our commitment to this fight for the schools all our children deserve. Thank you to everyone who came to D.C.!

FIGHTING HARSH DISCIPLINE WITH A STUDENT-MADE PHONE APP
The Boston Student Advisory Council and Youth on Board have released an updated version of a resource they created last year to help curtail the use of harsh school discipline. They developed a phone app that outlines students' rights in the school system, makes the district's code of conduct more accessible, and outlines resources for students advocating for change. The phone app is an amazing example of student-led organizing and a powerful tool that should be replicated in districts across the country! Check out the app here.

VICTORY FOR COMMUNITY SCHOOLS IN MINNESOTA
Thanks to the hard work of advocates and organizers in Minnesota, the state legislature approved an additional $1.25 million to be distributed in grants to schools to hire site coordinators and to plan for implementing the full-service community school model in communities across the state. The MN Coalition for Education Equity, which includes Neighborhoods Organizing for Change, Education Minnesota, ISAIAH, NAVIGATE, Saint Paul Federation of Teachers and others, helped to champion community schools. Congrats to them for this victory!

BARGAINING FOR THE COMMON GOOD
The June edition of The American Prospect profiles the growing strategy among teachers unions across the country of bargaining not just on behalf of their members but also on behalf of the wider communities they serve. Inspired in part by the 2012 teachers' strike in Chicago, "bargaining for the common good" entails unions working in partnership with local community organizations to develop shared platforms that promote social and economic justice, which the unions can then advance using their collective bargaining power. Read more here. 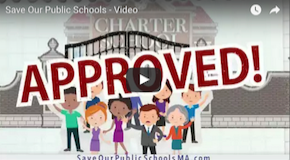 MA VIDEO SHOWS IMPACT OF CHARTER SCHOOL EXPANSION
In November, voters in Massachusetts will decide whether to approve a ballot initiative to lift the state's cap on the number of charter schools. But a grassroots effort led by organizers across the state is fighting back against the ballot initiative, working to illustrate how charters drain resources from traditional public schools. Save our Public Schools has released a great video about the impact of charter schools - watch it here!

FIXING DISCPLINE DISPARITIES IN VIRGINIA
In Alexandria, VA, which sit just outside our nation's capital, black students are nine times as likely to be suspended as their white peers. This week, the national Advancement Project joined the local Tenants and Workers United and their youth arm Alexandria United Teens to released a report illustrating the stunning discipline disparities facing students of color in Alexandria's schools, despite the fact that the district has been working to implement restorative practices in its schools. The report argues that the district has been too slow to implement discipline reform. Read more about the report here and download the report here.

HOW TEACHERS CAN SUPPORT UNDOCUMENTED STUDENTS
Schools should be safe havens and open to all students, even those who are undocumented. But in our nation's militarized immigration system, raids by Immigration and Customs Enforcement (ICE) are targeting unaccompanied children, women and families. The AFT partnered with the National Immigration Law Center, United We Dream, and First Focus to develop a resource guide for educators and school support staff to help support and prepare undocumented students and their families for ICE raids. The AFT has also developed a companion website for the report that includes additional resources such as model resolutions, statements and research to end the detention and deportation of students and families. View a PDF of the report here.