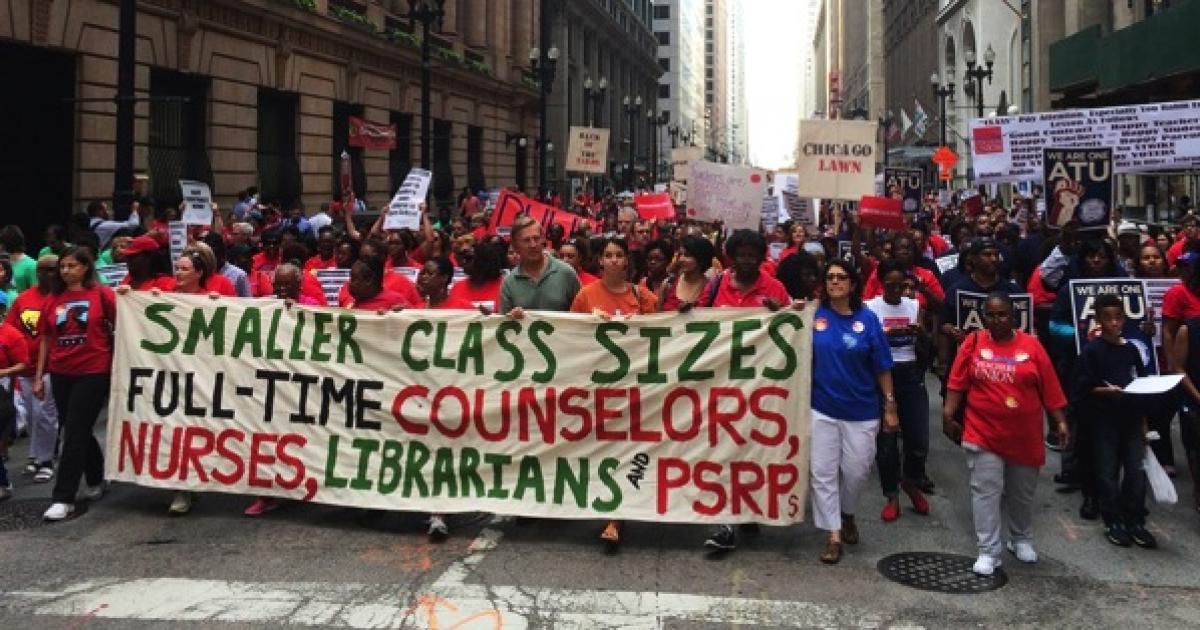 The Alliance to Reclaim Our Schools Newsletter
June 12, 2015

Welcome to our June 12 newsletter! Share the latest from your city or state with us on Twitter and Facebook, and don't forget to tell your friends and colleagues to sign up for our newsletter here. 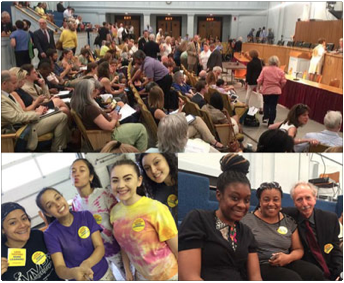 Participants in the Massachusetts Week of Action.
Pictures via MA Jobs with Justice.

MASSACHUSETTS
As part of a statewide week of action, parents, students, teachers and community members with the Massachusetts Education Justice Alliance took a stand against the overuse of high-stakes standardized testing. Among the week's actions were a trip to the state house to give testimony to the Legislature's Joint Committee on Education and the launch of the local group Boston Education Justice Alliance's Schools We Deserve campaign. Read more about the committee meeting here and check out great pictures from the statewide events on Twitter with #lesstesting and #schoolswedeserve.

NATIONAL
Last week the Alliance to Reclaim Our Schools wrote an open letter to U.S. Secretary of Education Arne Duncan outlining concerns around the lack of oversight for federal funding used to support the expansion of charter schools. Over the past 20 years the federal government has spent $3.3 billion in taxpayer money to expand charters, but recent reports have shown there are few systems in place to prevent waste, fraud and abuse in the use of those funds. Couldn't that $3.3 billion have been better spent strengthening our traditional public schools rather than creating new, privately operated ones? Read the open letter here.

PITTSBURGH
On May 26, over 50 parents, teachers, students and community members rallied before the Board of Education in Pittsburgh to demand an end to harsh school discipline policies that unfairly target students of color and push them down the school-to-prison pipeline. Read more about the rally here and check out this set of recommendations from ACTION United and Great Public Schools Pittsburgh for ending the use of discriminatory discipline policies.

Also in Pennsylvania: Our local partner, the Pennsylvania Alliance to Reclaim Our Schools, will be kicking off a statewide bus tour next week to meet with parents, students, teachers, school staff, community members and local leaders about the need for a state budget that invests in communities, schools and (most importantly!) students. Details and bus tour schedule here.

Chicago organizers march for better school resources
and a fair contract for teachers. Picture via CTU.

CHICAGO
Thousands of Chicago teachers, parents and students led a march on June 9 to demand a tax on wealthy Chicago businesses to support investments in the city's schools and provide funding for smaller class sizes, school counselors, nurses, librarians, and art classes. "Chicago Public Schools: Broke on Purpose" was the rallying cry for the protesters who are asking the city to claw back millions of dollars in interest payments and toxic swaps that have decimated the city's school system while filling the pockets of investors and bankers. The school system is facing a $1.1 billion budget gap for the upcoming fiscal year, and the district is demanding that the teachers accept a 7 percent pay cut along with increases in health insurance premiums. Read more here.

NATIONAL
Last year, the Schott Foundation's Opportunity to Learn Campaign joined the Massachusetts Budget and Policy Center to release "Investing in the Future," an online toolkit that presented strategies for states to raise revenue to fund important investments in education, transportation and more. This week, they released a series of 2-page fact sheets for advocates and policymakers distilling the critical takeaways from the toolkit and offering brief overviews of strategies like instituting a millionaire's tax or closing tax loopholes for large, profitable, multi-state corporations. Download the fact sheets here.