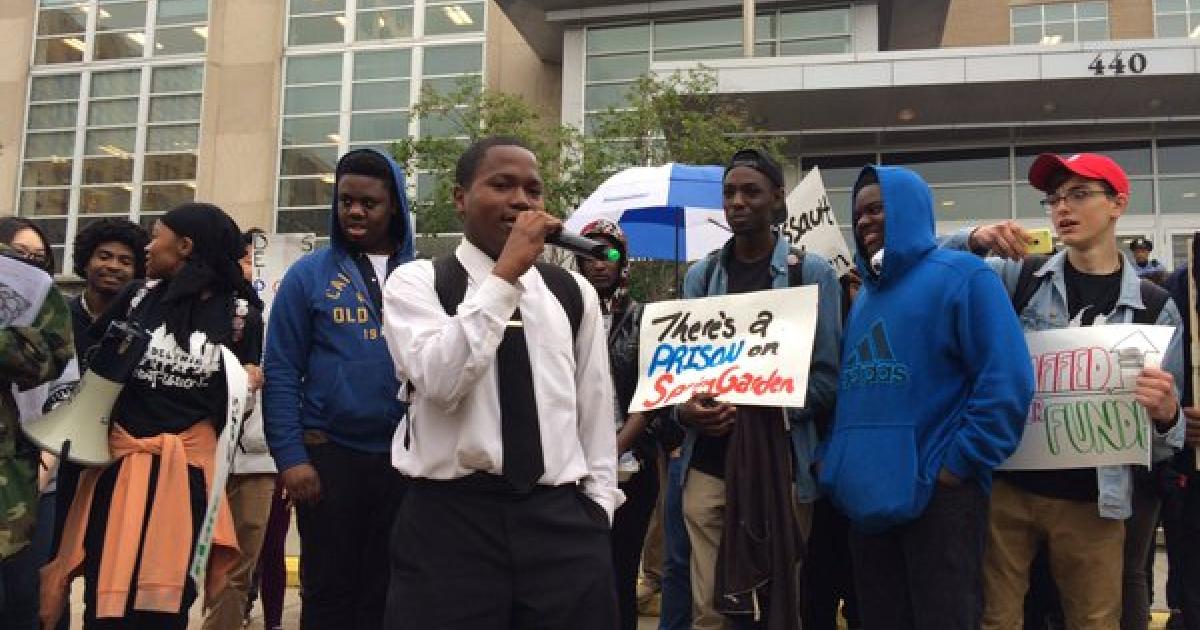 The Alliance to Reclaim Our Schools Newsletter
June 10, 2016

Welcome to our June 10 newsletter! As always, share the latest stories from your city or state with us on Twitter and Facebook. Don't forget to tell your friends and colleagues to sign up for our newsletter here. 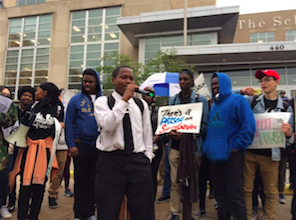 Philadelphia Student Union member Brian
Burney thanks a crowd for standing with him
after he was assaulted by a school
police officer. Picture via PSU.

ALLIES RESPOND TO LATEST NATIONAL DISCIPLINE DATA
This week the U.S. Department of Education's Office for Civil Rights released its latest round of national survey data exposing, once again, the inequities plaguing our nation's schools, particularly when it comes to school discipline. The data finds that black students are 3.8 times more likely to be suspended than white students, and that 1.6 million students attend a school that employs police officers but no guidance counselors. The Advancement Project, the Alliance for Educational Justice, the Urban Youth Collaborative and the Philadelphia Student Union reacted to the data in a joint press release, highlighting how harsh discipline policies criminalize students. Read their statements here and take a look at the OCR data here.

PHILLY STUDENTS WRITE ABOUT THE IMPACT OF POLICE IN THEIR SCHOOLS
Naseem Gibson and Luke Risher, both members of the Philadelphia Student Union, penned a powerful op-ed this week for Al Dia about how over-policing in their city's schools criminalizes students and makes learning more difficult. PSU has been fighting for school discipline reform and has rallied behind Brian Burney, a PSU member who was recently assaulted by a school police officer. As Gibson and Risher write, "There are many

disparities in the school system, some are harder to address than others, but the problem of poorly trained, unqualified, and abusive police is one that we can solve." Read their full op-ed here.

NY PASSES SCHOOL DISCIPLINE REFORM BILL
On Thursday the New York State Assembly passed the Judge Judith S. Kaye Safe and Supportive Schools Bill, a victory for advocates across the state who have worked tirelessly to create more supportive school environments and to end the school-to-prison pipeline. The bill aims to reduce the use of school suspensions and encourages the adoption of discipline policies rooted in restorative practices that help students learn from their mistakes. Kesi Foster, Coordinator for the Urban Youth Collaborative, released a statement on behalf of UYC about the bill's passage here. You can also learn more about the bill here.