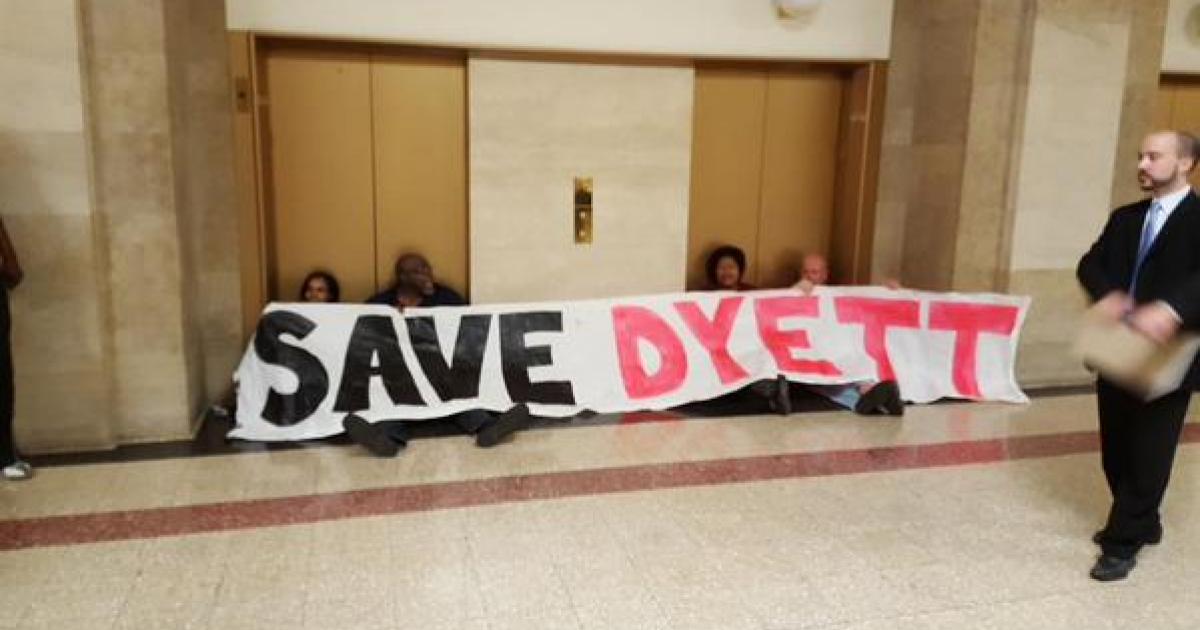 The Alliance to Reclaim Our Schools Newsletter
July 31, 2015

Welcome to our July 31 newsletter! Share the latest from your city or state with us on Twitter and Facebook. Don't forget to tell your friends and colleagues to sign up for our newsletter here. 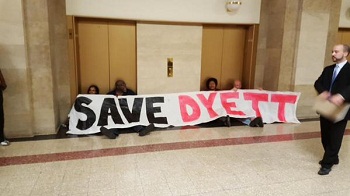 Organizers block elevators during the protest in city hall.
Picture via Jitu Brown.

CHICAGO
The fight for a Sustainable Community School in Chicago's Bronzeville neighborhood is at a fever pitch. The Coalition to Revitalize Dyett held a sit-in at city hall on July 29th, demanding support for establishment of Dyett Global Leadership and Green Technology High School – a community-driven transformation proposal. Four members of the Coalition were arrested. The Chicago Board of Education is holding a public hearing on August 10th to review three proposals for the future of the Chicago high school. See a video of the action here.

NEW YORK
Mayor Bill de Blasio’s Leadership Team on School Climate and Discipline released its first report on July 23. The Team includes youth leaders from the Urban Youth Collaborative, who helped to shape the recommendations designed to end discriminatory discipline practices and create safe and supportive schools. Among the recommendations, the Leadership Team asked the Administration to develop a procedure for removing metal detectors from schools, and implement strategies and supports to reduce racial disparities in discipline and school-based arrests/summons. The full report can be read here.

Tune in to Nickelodeon’s Nick News on August 4th at 8pm (Eastern and Pacific times) to watch the Urban Youth Collaborative share their experience with harsh discipline and their efforts to dismantle the school-to-prison pipeline!

Also in New York State, the Alliance for Quality Education has released a report on the impact of a new code of conduct in the Buffalo City Schools. See AQE’s press release here. 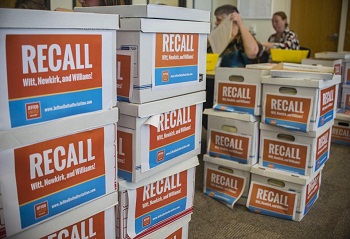 Recall petitions boxed and ready for submission.
Picture via JeffcoUnitedforAction

COLORADO
Parents in Jefferson County, Colorado are mounting a massive effort to recall three Tea Party conservatives who won a majority on the 5-member school board last November. The three members have managed to anger nearly every constituency in the county, including students, who staged a massive walk-out last fall when the Board attempted to remove AP US History from schools. Parents needed to collect 15,000 signatures per petition to launch the recall, and in just 17 days, they turned them in with nearly 37,000 signatures apiece – well above the required number. The petitions now go to the county clerk for validation, and parents are hoping that the recall will be on the ballot this November. Read more here, and here.