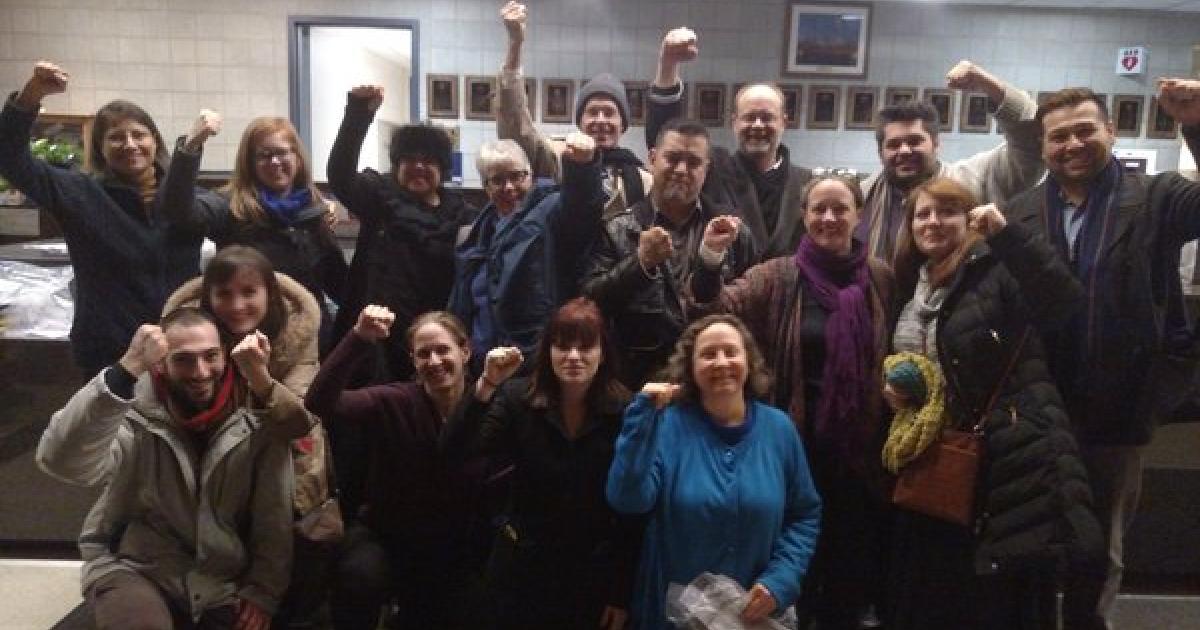 The Alliance to Reclaim Our Schools Newsletter
February 5, 2016

Welcome to our February 5 newsletter! As always, share the latest stories from your city or state with us on Twitter and Facebook. Don't forget to tell your friends and colleagues to sign up for our newsletter here. 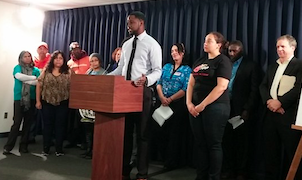 Organizers launch the Stand Up for Kids Campaign.
Picture via Alliance for Quality Education.

STANDING UP FOR NEW YORK KIDS
On Tuesday a coalition of 18 community groups and unions launched the Stand Up for Kids Campaign, which will fight for an expansive birth-to-college agenda to provide a true path out of poverty for the state's most disadvantaged students. To fund the initiative, the campaign is pressing for a one percent tax increase on the state's richest one percent of residents. Read more about the new campaign here and follow #StandUp4Kids for the latest updates. And don't miss this great editorial from the Times Union urging lawmakers to stop balancing the state budget on the backs of New York's poorest schools.

DETROIT KICKS OFF NATIONAL WALK-INS ON FEB. 9!
On February 9, parents, students and educators in Detroit will kick off the first-ever nationally coordinated Walk-Ins for the Schools All Our Children Deserve! The Detroit event will focus on demanding that the city and state fully fund Detroit's public schools and return control of the district to the local community. Show your support for Detroit by joining a Twitter Storm on Feb. 9 from 12-1 PM CST using #ToxicTakeovers. We've created a social media toolkit with resources and sample tweets (download the PDF here), as well as some shareable graphics (here, here and here).

The other national walk-in events will take place on or around February 17. Parents, students and teachers in over 800 schools in 30 cities will be participating, so click here for a full list of cities and dates!

Want to get your school or district involved? The Alliance to Reclaim Our Schools has developed a toolkit of materials to support walk-in organizers, including posters and a shareable social media graphic. We'll be using #ReclaimOurSchools to share updates and pictures on Twitter and Facebook. We hope to see you on Feb. 17! 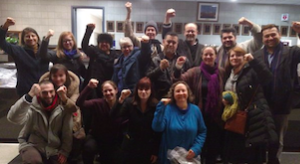 16 people were arrested at CTU's Bank of
America protest and later released.
Picture via @jacksonpCTU.

PROTESTS IN CHICAGO
On Thursday, protesters marched through downtown Chicago to show support for the city's teachers, who are in the middle of a contentious contract negotiation with the city. A recent poll showed that 60 percent of Chicago residents side with the Chicago Teachers Union compared to just 20 percent who support Mayor Rahm Emanuel. On Wednesday, CTU also closed its account with Bank of America for the bank's role in the toxic, interest rate swaps through which the city is trying to fund its schools. Read more about the Chicago action here and here.

THE NATIONAL FIGHT AGAINST SCHOOL TAKEOVERS
In just this past year, 11 states have passed or debated legislation to allow state officials to take over struggling public schools, disenfranchising local communities and paving the way for the privatization of the education system. The Washington Post has a great story this week examining how these takeovers, which have a track record of failure, impact primarily low-income communities of color. Read the story here. 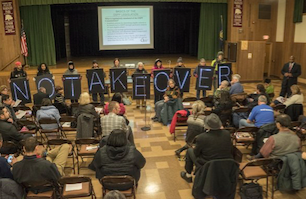 Members of the Overpass Light Brigade protest at
a hearing on the state takeover of Milwaukee
schools. Picture via @NoMPSTakeover.

A CASE IN POINT: THE TAKEOVER OF MILWAUKEE SCHOOLS
Members of Schools and Communities United attended a listening session last week with Desmond Means, the appointed official who will implement the state-mandated takeover of some struggling public schools in the city. Means is charged with taking control of at least one Milwaukee public school next year. Schools and Communities United has formed “School Defense Committees” in every MPS school to fight back. Read more about the meeting here.

YOUNGSTOWN, OHIO ALSO FIGHTING A TAKEOVER
Another Washington Post story this week offers a glimpse into the behind-closed-doors proceedings that allowed the state of Ohio to takeover the school district in Youngstown. Governor John Kasich helped design and fast-track a bill that gives the state broad powers to hire and fire staff, hand public schools over to charter operators and provide financial incentives for students to leave Youngstown for other districts. As one critic explains, the law was "designed to hollow out the district until it collapses." Read the full story here.

NATIONAL
Feb. 17: Join parents, students and teachers in 30 cities and "walk-in" for the schools all our children deserve! Details here.