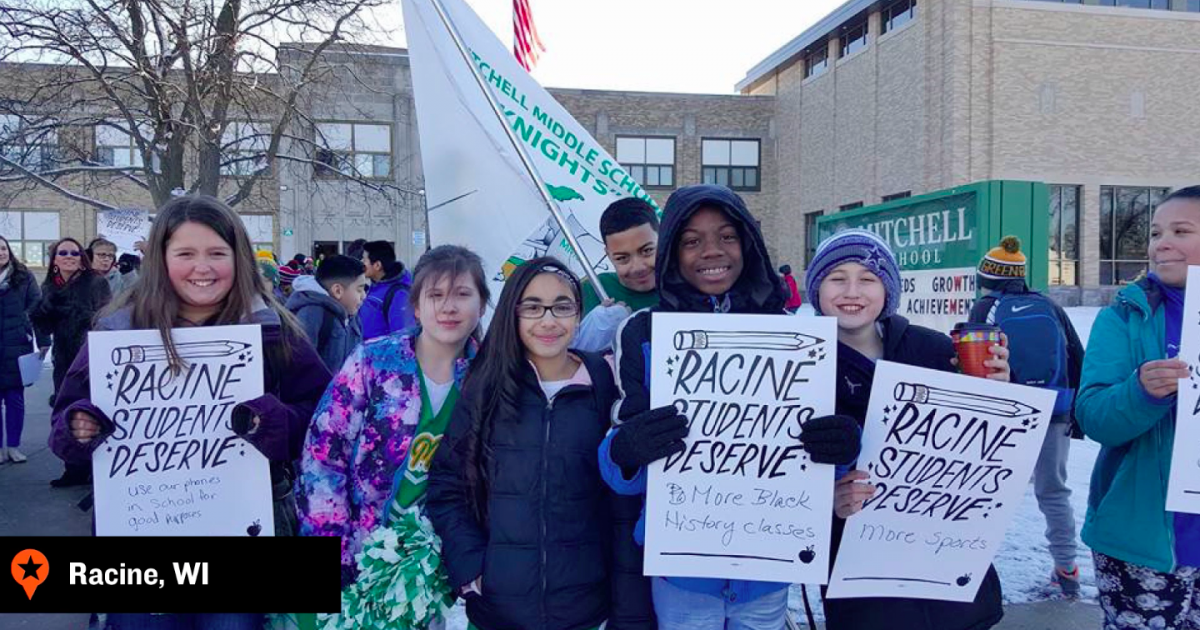 The Alliance to Reclaim Our Schools Newsletter
February 27, 2016

Welcome to our February 27 newsletter! As always, share the latest stories from your city or state with us on Twitter and Facebook. Don't forget to tell your friends and colleagues to sign up for our newsletter here. 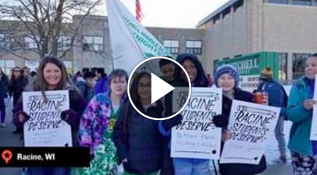 NATIONAL WALK-INS RECAP VIDEO
Thank you again to everyone who turned out last week for the national Walk-Ins for the Schools All Our Children Deserve! We spent the week tracking down videos and pictures from the event and put together this short video telling the story of our movement and the walk-ins. We hope you enjoy it! You can also check out more pictures and press hits from the walk-ins on our website's recap page.

As we continue to build this national movement, you can show your support by signing on (and sharing!) this letter saying you stand with communities across the country in demanding the schools all our children deserve.

NEW YORK CITY: SUCCESS ACADEMY SHEDDING YOUNG STUDENTS
This week The Guardian released an analysis of Success Academy Charter Schools' attrition rates, finding that more than 10 percent of young students leave Success Academy schools between the third and fourth grade, just as state testing starts to pick up. The analysis comes on the heels of the release of a disturbing video showing a Success Academy teacher berating a young child in front of her classmates. Last fall, a New York Times investigation revealed one school kept a "got-to-go" list of struggling students and actively worked to push them out. Education organizers responded with a petition calling for a federal investigation, and a formal complaint to the U.S. Department of Education was filed last month. Read The Guardian analysis here.

Also in New York: The Alliance for Quality Education released a new report highlighting the growing funding gap between schools in rich and poor communities. The state's 100 richest school districts now receive a staggering $9,796 per pupil more than the 100 poorest districts. The state legislature has introduced a bill to institute a tax on millionaires to help fund the state's public schools, but Governor Andrew Cuomo responded that he thought there was no "reason or appetite" for the new tax. Read the report here. 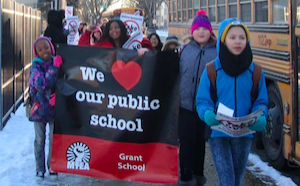 Participants in the Milwaukee walk-ins.
Picture via No MPS Takeover.

MILWAUKEE DEMANDS COMMUNITY SCHOOLS
Fresh off of participating in the national walk-ins last week, Schools and Communities United is petitioning to expand the community school model in their city. Milwaukee already hosts a handful of community schools, and education organizers see expanding the model citywide as an alternative to the proposed state takeovers of struggling schools. State Senator Chris Larson also introduced a bill this week that would repeal the legislation that authorizes the state takeovers. Read more here and sign the petition here.

MARYLAND INTRODUCES COMMUNITY SCHOOLS LEGISLATION
Yet another state has joined the national movement to expand community schools! Earlier this month, Baltimore City Delegate Mary Washington introduced a bill in the state legislature that would provide a $25,000 per year state grant to support the development of community schools across the state. In drafting the language for the bill, the delegate worked closely with the MD Coalition for Community Schools, which includes AROS partners MD Communities United, CASA, AFT-MD and MSEA. Baltimore has been leading the way and is already home to a number of community schools. The new legislation is a mark of the model's success and its growing support from parents, educators, community members and policymakers. Read more here.

Feb. 29: The Advancement Project, A&E and United Way Worldwide are now accepting applications for grants through the Fund for Progress on Race in America. The Fund will support projects that "work to heal historic racial divides, identify and eradicate bias, and activate solutions." Applications are due by Feb. 29. Details here.