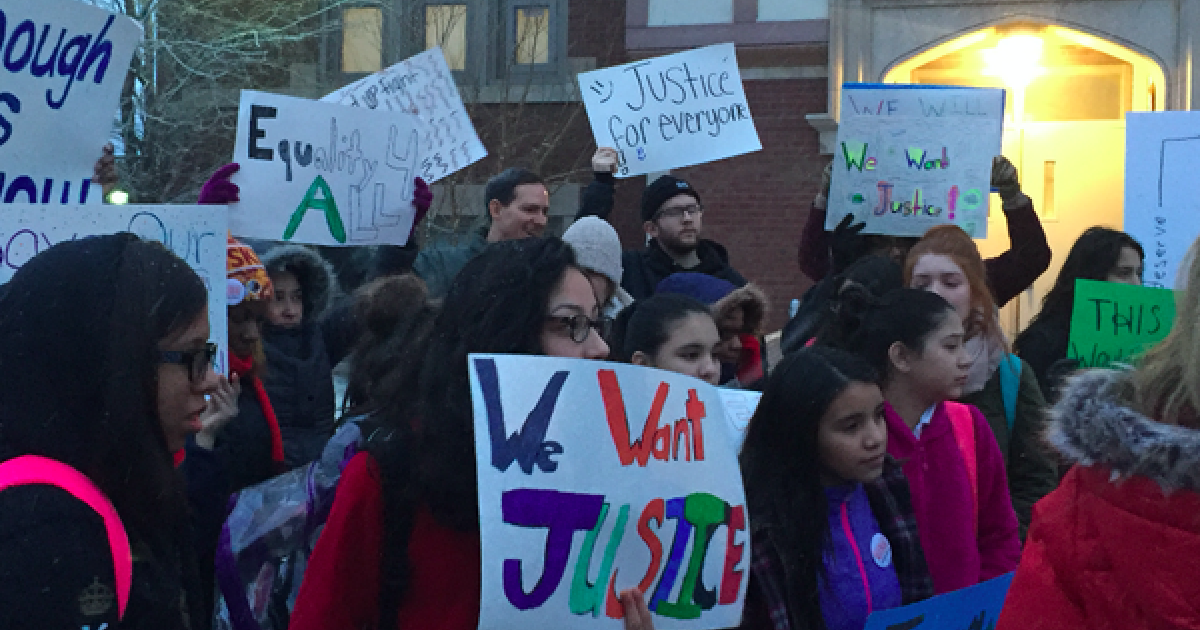 The Alliance to Reclaim Our Schools Newsletter
February 12, 2016

Welcome to our February 12 newsletter! As always, share the latest stories from your city or state with us on Twitter and Facebook. Don't forget to tell your friends and colleagues to sign up for our newsletter here. 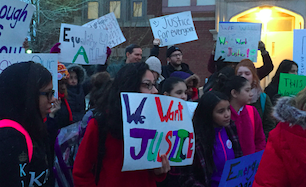 On Tuesday Detroit parents, educators and
community members kicked off the national
walk-ins. Picture via @DFT231.

JOIN THE NATIONAL WALK-INS!
The first-ever nationally coordinated Walk-Ins for the Schools All Our Children Deserve are officially underway! Earlier this week, Detroit kicked off the national action, and parents, students and teachers in over 800 schools in 30 cities will be participating throughout the next week to show a united front in the fight for public education. Most of the events will take place on or around Feb. 17, so click here for a full list of cities and dates.

Want to show your support online? Sign (and share!) our letter saying you stand with communities across the country in demanding the schools all our children deserve. You can also share updates and pictures on Twitter and Facebook with #ReclaimOurSchools. For some social-media inspiration, check out this social media toolkit and Star Wars spoof video from our allies in Hazelwood, MO. We also have a toolkit of resources for organizing your own walk-in. We hope to see you on Feb. 17 and throughout the week!

COMMUNITY SCHOOLS VS. STATE TAKEOVERS
A new report by The Center for Popular Democracy, the Coalition for Community Schools and Southern Education Foundation, is a great how-to guide for policymakers, educators and community members interested in implementing the community schools model. Community Schools: Transforming Struggling Schools into Thriving Schools uses in-depth profiles of community schools nationwide to illustrate a clear six-pronged strategy for creating transformational outcomes for students. The report also provides state and local policy templates for expanding the number of community schools in your city or state. Read the report here.

The Center for Popular Democracy released a second powerful report that calls out the rapid proliferation of state takeovers of public schools across the country as a "reform" strategy that actually harms rather than helps students and communities. Read the report here. 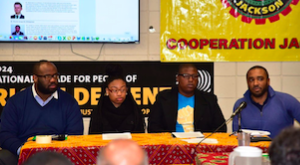 Panel testifying before a UN working group about
the need for school discipline reform. Picture via AEJ.

UNITED NATIONS WORKING GROUP RECOMMENDS SCHOOL DISCIPLINE REFORM
Members of the Alliance for Educational Justice testified in late January before the United Nation's Working Group of Experts on People of African Descent about the dire need for school discipline reform. The working group toured the U.S. to study structural barriers that African-Americans face. In preliminary findings released on January 29, the working group recommended a swath of reforms addressing issues such as mass incarceration, police brutality, and school suspensions and expulsions. Read the recommendations here and read more about the school discipline recommendations here.

PA PROFESSORS CALL OUT SCHOOL CLOSURES IN PHILADELPHIA
Philadelphia’s School Reform Commission recently announced the closure of three more Philadelphia schools and their conversion to charter schools. In response, nine academics from a range of universities and colleges in Philadelphia penned a powerful rebuke of the SRC’s decision. Their letter was sent to the School Reform Commission, with copies to the city’s Chief Education Officer, the City Council and the Mayor. See the letter here.

Feb. 17: Join parents, students and teachers in 30 cities across the country and "walk-in" for the schools all our children deserve! Details here.

Feb. 29: The Fund for Progress on Race in America (supported by United Way Worldwide, Advancement Project and A&E) is accepting grant applications through Feb. 29. The Fund will support projects that "work to heal historic racial divides, identify and eradicate bias, and activate solutions."  Details here.