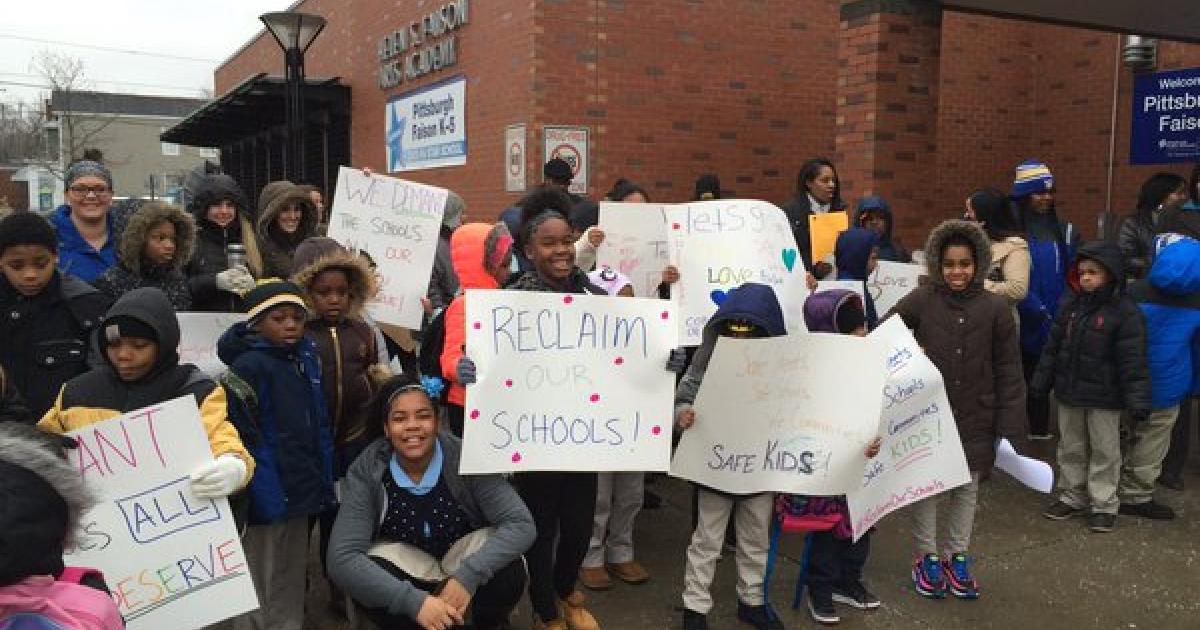 The Alliance to Reclaim Our Schools Newsletter
April 29, 2016

Welcome to our April 29 newsletter! As always, share the latest stories from your city or state with us on Twitter and Facebook. Don't forget to tell your friends and colleagues to sign up for our newsletter here. 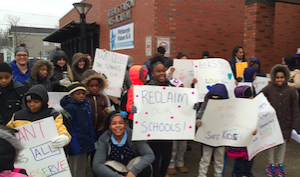 NATIONAL WALK-INS NEXT WEDNESDAY!
We’re less than a week away from the May 4 national walk-in event! Next week, parents, students and teachers in nearly 80 cities and districts will host early morning rallies outside schools before walking into the buildings together in a show of solidarity.

More details about the May 4 event and a list of participating cities are available here. Before the big day, be sure to check out the resources page on our website where we’ve posted a number of useful tools and templates. And don't forget to show your support and share pictures on social media with #ReclaimOurSchools. See you May 4!

AROS NATIONAL DIRECTOR FEATURED IN THINKPROGRESS
ThinkProgress published a great profile this week of The Alliance to Reclaim Our Schools' National Director Keron Blair. Though he originally aimed to become a minister, Blair's experiences helping with the recovery effort in New Orleans after Hurricane Katrina led him to community organizing and eventually to AROS. As our national director, he is weaving together the fight for public education with a broader agenda pushing for economic equality and racial justice. Read the article here. 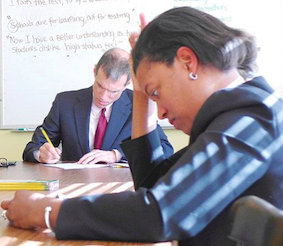 MA STATE OFFICIALS GET A TASTE OF STANDARDIZED TESTS
There's likely no better way for policymakers to understand the impact of standardized testing in schools than to take the tests themselves! Recently, the YOUNG Coalition (which includes Youth on Board, the Boston Student Advisory Council, and the Boston-area Youth Organizing Project) invited Massachusetts and Boston officials to take the state's PARCC and MCAS exams before hearing from students about the negative impact these tests have on their experiences in the classroom. Read more here.

CALLING FOR A MORATORIUM ON A CHARTER CHAIN IN PHILLY
With the Philadelphia School Reform Commission poised to vote on whether to approve three new Renaissance charter schools in the city, Philadelphia City Councilwoman Helen Gym issued a call on Wednesday for a moratorium on new Renaissance Charters. In Philadelphia, Renaissance charter schools are considered neighborhood public schools that are supposed to enroll students from the immediate surrounding community like a traditional public school, but are operated by external and independent charter management companies. In her complaint, Gym noted that a recent report on six existing Renaissance charters found unlawful barriers to enrollment and increasing numbers of non-neighborhood students being admitted at the expense of catchment-area children. Read Councilwoman Gym’s release here.

NJ BILL CHALLENGES SCHOOL TAKEOVERS
State takeovers of public schools in New Jersey could be on the chopping block. Since 1987, New Jersey has retained the right to takeover struggling districts, which it has done in Jersey City, Paterson, Newark and Camden, with poor results. This week, The Wall Street Journal chronicled the successful efforts of organizers in Paterson to win back local control of their schools after the state put the district in dire financial straights. The article also features the work of Assemblyman Benjie Winberly, who has introduced legislation to abolish the state's takeover authority. Read the full article here (paywall).

THE RISE OF COMMUNITY ORGANIZING IN MINNESOTA
One of AROS' community partners in Minnesota, Neighborhoods Organizing for Change, was featured in a Star Tribune article this week that highlights how NOC has grown into a powerful grassroots voice for change in Minneapolis, St. Paul and at the state level. Just 3 years ago, NOC was a small, single-employee nonprofit, but now its staff is more than 20 people strong and the organization has become a force to be reckoned with in the fight for racial and economic justice. Read the article here.

May 4: More National Walk-Ins on the Horizon!
After the success of the February 17 walk-ins, the Alliance to Reclaim Our Schools will be organizing a second national walk-in event on May 4. Details here.