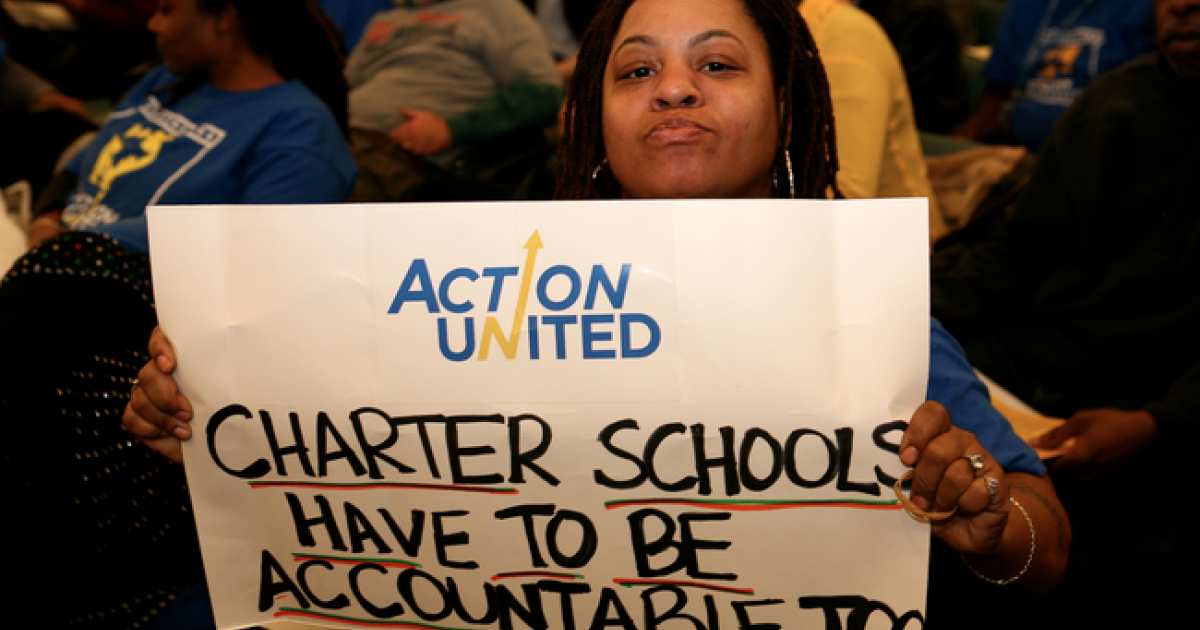 On Wednesday night, the Philadlphia School Reform Commission (which controls the city's schools in lieu of an elected school committee) voted to reject 34 of 39 applications to open new charter schools in the city. The vote was a blow for those trying to expand charters in Philadelphia and a victory for the many parents, students, teachers and community members who are demanding that the city invest in its resource-starved public schools rather than continuing to let charters drain away funding.

"While charter operators fervently made their cases for creating new and better choices for some students, others said any money spent on charters would deprive others in already depleted District schools of more vital services such as nursing and counselors. Anti-charter activists regularly disrupted speakers, and four were arrested and cited for disorderly conduct for their part in a planned protest at the moment the SRC took its first vote to grant a new charter. The SRC ordered all signs removed, spurring cries that First Amendment rights were being breached.

The SRC walked a fine line between considering each application on its merits -- as the law requires -- and acting with the District's financial condition in mind. The commissioners said that their decisions would not negatively impact the budget next year and would do so minimally after that, but added that financial impact did not enter into decisions on individual charters. They approved 2,684 new seats, close to the number in two charter schools that closed this year."

For more news about the vote and the latest on the fight for Philadelphia's public schools, you can follow the Philadelphia Coalition Advocating for Public Schools on Facebook and Twitter.