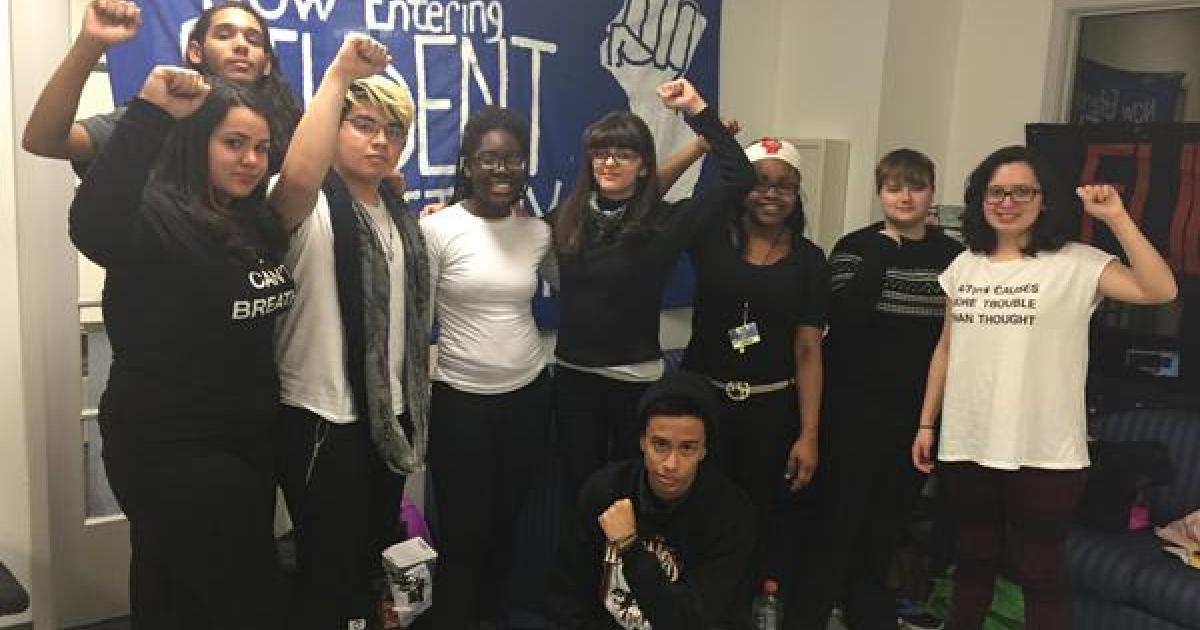 Members of the Newark Student Union are currently staging a sit-in at the office of the city's state-appointed Superintendent, Cami Anderson. They are demanding Anderson's resignation and protesting her One Newark school reform plan, which was implemented this past fall.

"The sit-in protest, organized by the Newark Student Union and assisted by New Jersey Communities United, occupied the eighth floor of the Newark Public Schools headquarters at Cedar Street in downtown Newark on Tuesday night. There are nine students and two community organizers continuing to protest as of Wednesday afternoon, according to protest organizers.

Kristin Towkaniuk, president of the Newark Students Union, spoke to PolitickerNJ by phone from the eighth floor of the Newark Public Schools headquarters, where the offices of Anderson and other administrators are located.

'Our demands are Cami Anderson’s immediate removal,' said Towkaniuk, noting that New Jersey Governor Chris Christie appointed Anderson to head the Newark school district in 2011. 'We want some accountability. Her contract will be up for review, and we want her to face the community.'"

You can follow the sit-in online through the Newark Student Union's livestream and with hashtag #OccupyNPS.