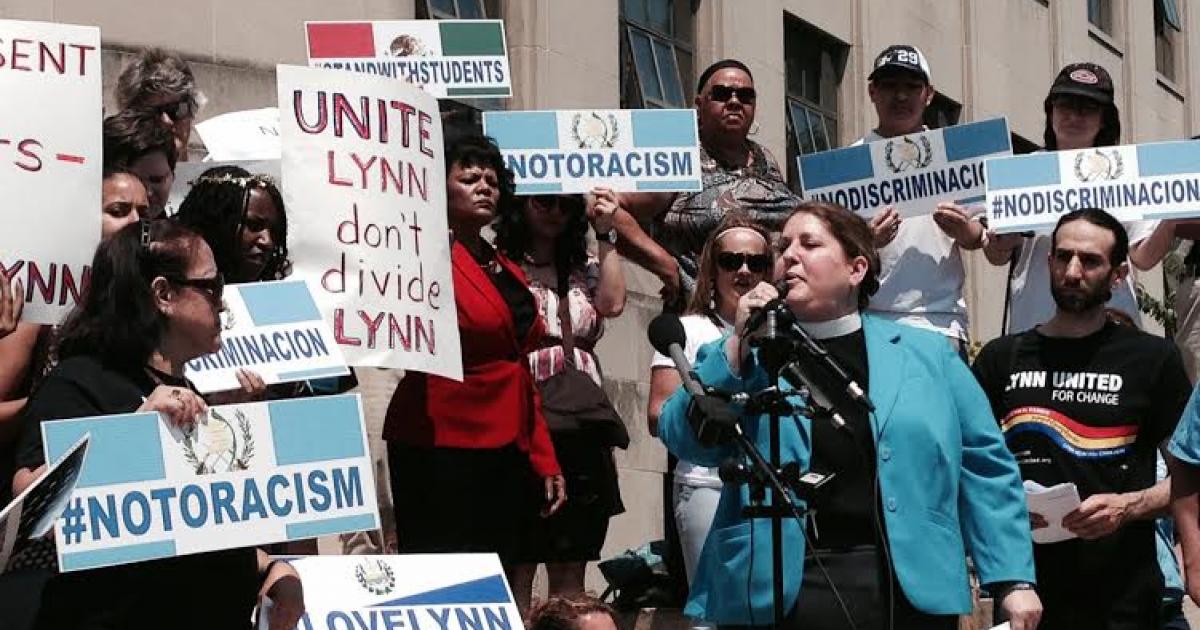 From Opportunity To Learn:

Because of Lynn's already sizable immigrant population, some of the young children and students fleeing the violence in Central America are coming to Lynn to rejoin members of their family. Rather than welcoming these children, some city officials are using their arrival as a chance to scapegoat them for the ails of a long-underfunded public school system and for "stressing" other public services. Local organizers, though, are pushing back.

On July 22, dozens of local parents, students and community members rallied on the steps of Lynn City Hall to protest those city offiicials and to take a stand for city's newest young arrivals. Many of the speakers drew attention to the tension between our nation's promise to welcome immigrants and our history of stigmatizing and deriding each new group that arrives.

From the Boston Globe:

"Holding signs and chanting at times, the demonstrators stood behind a round of speakers from local community groups who criticized the mayor and the superintendent of the Lynn public schools, Catherine Latham, for comments they made to Fox 25 about the costs incurred by immigrant children.

'The mayor’s comments provoke tension,' said Jose Palmas, one of the organizers of the protest. 'These kids are scapegoats for the city’s problems.'”

Follow Lynn Parents Organizing for a Better Education on Facebook for more updates, and watch a video from the rally at Opportunity to Learn's Blog.