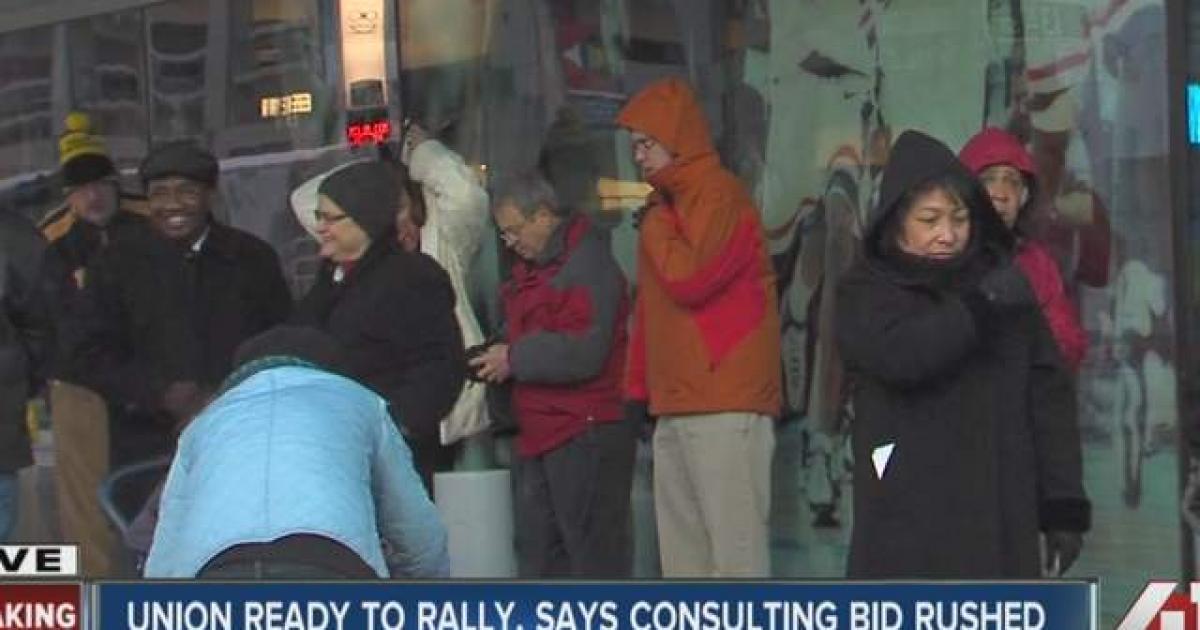 In a victory for Kansas City community groups and the local teachers union, the organizers have defeated a proposal for corporate takeover of the city’s schools.  On August 6, the state school board voted unanimously to give Kansas City provisional accreditation status, returning control of the schools to the city for the first time since January 2012.  The vote was the result of organizing efforts by groups including MORE2, AFT Local 691, parents, and NAACP (KCMO Chapter) who, rejecting proposals to privatize their local schools, demanded a return to local control.

Last fall, MORE2 filed a Freedom of Information Act request to learn that the state commissioned Indianapolis-based CEE Trust to draft a proposal for reforming the city’s school system, which would have brought the market-based “portfolio model” strategy to Kansas City. The portfolio model is a form of corporate reform that aims to dissolve traditional, centralized school districts and replace them with a network of independently operated charter schools. The new schools are measured by student performance indicators like standardized test scores and graduation rates. Rather than using scores to identify and improve low-scoring schools, struggling schools are simply shut down, creating upheaval and uncertainty for students, parents, teachers and whole communities. Such models have not been effective in cities like New Orleans and New York, and rather the school closures, the heavy reliance on inexperienced teachers through the Teach for American program, and disinvestment of traditional public schools have hurt students with more educational needs.

The Kansas City community and labor organizations instead demanded a plan for sustainable school transformation that involves the community, provides wrap-around services and focuses on school culture, staff and curriculum. Defeating the CEE Trust proposal and bringing control of the schools back to the local level is a major victory in organizing for the kinds of schools all students in Kansas City deserve. Helping the case for a return to local control is the work of the superintendent, who has implemented many positive reforms over the last several years.  Student outcomes in the district were improving, even as the state commissioner was plotting the takeover.

“We laud this decision that was made by the Missouri State School Board today. I’m on cloud nine,” said Rev. Dr. Rodney Williams, Co-Chair of the Board of Metro Organization for Racial and Economic Equity (MORE-squared).  “At the same time,” he continued, “we shudder at the thought of what could have happened if the CEE-Trust proposal had come to fruition.”

Union and Parent leaders spoke with the Kansas City Star following the vote:

It was good to bring in parent and community leaders, said Kansas City’s teachers union president, Andrea Flinders. She referred to many of the dramatic reform ideas for education, including the CEE-Trust proposal for a network of independent public schools that was not given a chance in Kansas City.

“What really works,” Flinders said, “is when everybody works together.”

Parent leaders Jamekia Kendrix and Jennifer Wolfsie looked on. Their children have been enrolled the district’s foreign language and Montessori programs.

“People do choose to be here,” Kendrix said.

The parent and community groups have built a strong partnership with the administration, as watchdogs and supporters, Wolfsie said, and she sees that as a strength as the district carries forward.

“There’s massive trust there,” she said. “You can’t put that together overnight.”