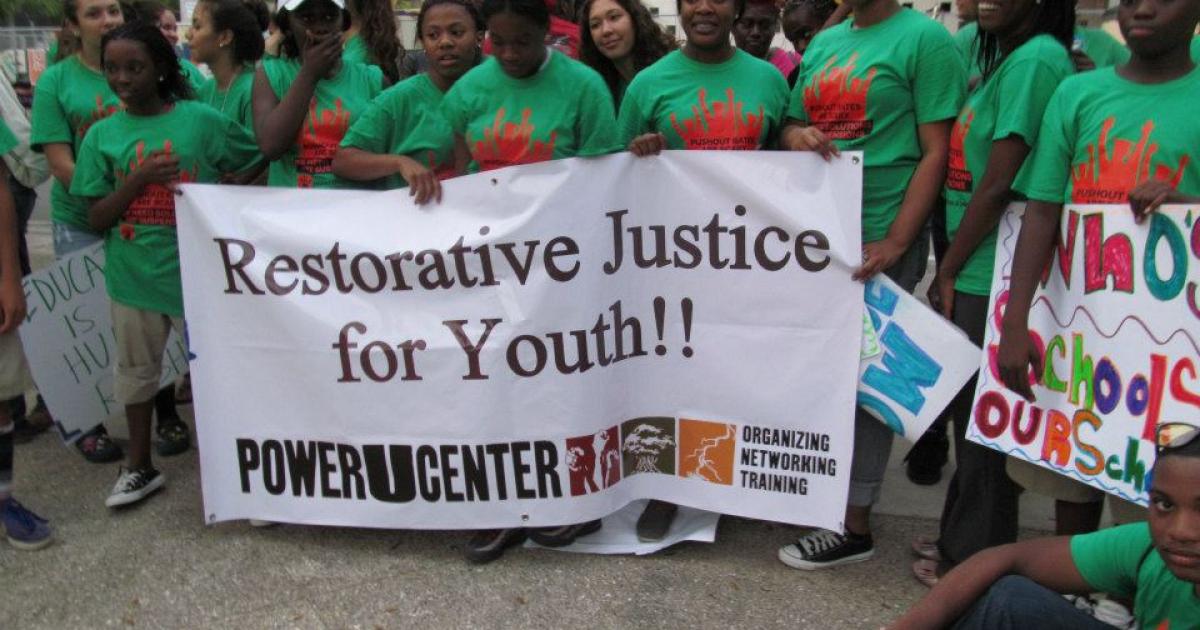 Organizing led by youth and parents to end harsh and discriminatory school discipline policies in U.S. schools is gaining strength, as grassroots organizers and supporters have leveraged the US Departments of Education and Justice to issue new a set of recommendations for schools to end the use of harsh discipline policies.

In a recent commentary for Education Week, Kavitha Mediratta of Atlantic Philanthropies writes about the problems in our nation's discipline system – and the cities and communities that are changing things for the better.

Harsh, zero-tolerance discipline policies have done the opposite of their purported goal of making schools safer, and in fact they've made schools less welcoming environments for both students and teachers:

"Rather than improving safety in schools, harsh zero-tolerance discipline has far-reaching negative consequences—dramatically increasing the risk of failure, dropping out, and involvement with the justice system. Even worse, these types of severe punishments disproportionately fall on children of color, particularly African-American students, who are three times more likely than white students to be suspended, even for similar types of misbehavior."

Effective alternatives to harsh discipline exist and are being successfully used in districts such as Baltimore, which saw a dramativ reduction in suspension rates, with a corresponding increase in graduation rates, as Mediratta explains:

"In 2007, the high school graduation rate in Baltimore, a city where the school system serves 85,000 mostly African-American and low-income students, was an abysmal 34 percent. Then Andrés A. Alonso, the chief executive for the city’s schools, took action. He revised the code of discipline to prevent suspensions for less serious offenses and instituted targeted counseling, after-school programs, and academic interventions to help students succeed.

Four years later, the dropout rate had been reduced by more than half. Eighty-seven percent of Baltimore students who began high school the year the reforms were implemented had either graduated or were completing their studies."

Other cities need to follow the lead of district like Baltimore, and community organizations continue to campaign to ensure that they do. Many of the community organizations that make up the Alliance for Educational Justice have been leading this work for years. You can also check out the OTL Campaign'sRestorative Practices Toolkit that explains different approaches to school discipline, from peer juries to restorative circles, that educators can use in their classrooms.