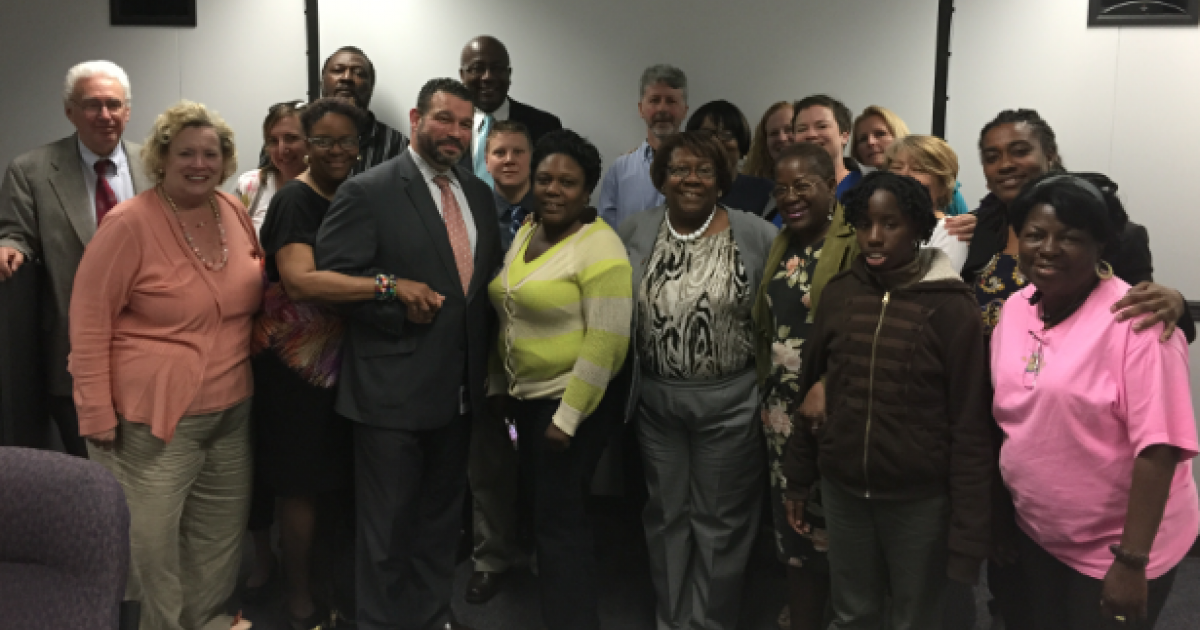 The Alliance to Reclaim Our Schools Newsletter
May 22, 2015

Special shout out this week to all the student and youth organizers fighting across the country for the schools they deserve! Check out some great student organizing stories from Philadelphia, Newark and Illinois below.

Know some amazing students in your city or state? Let us know on Twitter and Facebook! And don't forget to tell your friends and colleagues to sign up for our newsletter here. 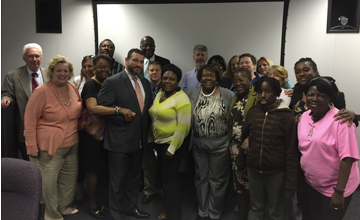 PHILADELPHIA
This week saw big wins for supporters of public education in Philadelphia. Jim Kenney, the favorite among the city's teachers and community organizers, handily won the Democratic primary for mayor. Because the city is heavily democratic, he will likely beat his Republican opponent next November. New, pro-public education faces will also join the City Council, including education organizer Helen Gym. Read more here and here.

Also in Philadelphia: MSNBC host Melissa Harris-Perry moderated a great segment last weekend on what's at stake in the Philly elections and gave a special shout out to the student organizers who have been leading the fight for high quality public schools. Watch it here.

BOSTON
The Boston Student Advisory Council released a first-of-its-kind website and phone app this week that boils down the district's lengthy Code of Conduct into an online and mobile-friendly format. The tool aims to empower the city's students and ensure the district respects their rights, particularly when it comes to school discipline. Explore the new app here. 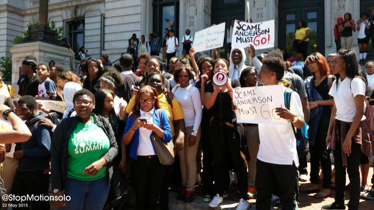 Newark students at a rally after the walkout.
Picture from @StopMotionsolo.

NEWARK
The Newark Students Union led a massive student walkout today to protest the "reform" policies of state-appointed superintendent Cami Anderson. The students are demanding the district be returned to local control and for the creation of community schools with wraparound supports for students and families. Check out #NPSWalkout2015 for some great pictures and videos!

ILLINOIS
Championed by the Chicago-based Voices of Youth in Chicago Education (VOYCE), a bill to reform harsh discipline policies in schools across Illinois passed the state legislature this week and headed to the desk of Gov. Bruce Rauner, who is expected to sign it. The bill, which garnered bipartisan support, vastly curtails the use of suspensions and expulsions, provides academic and behavioral supports to struggling students, and will hold public and charter schools to the same standards on school discipline. Congrats VOYCE! Read more here. 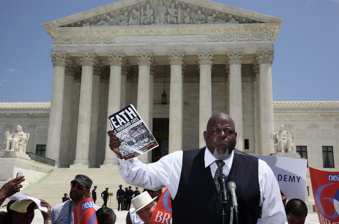 Journey for Justice National Director Jitu Brown
speaking at an AROS rally in May 2014 before filing
Title VI complaints on behalf of parents and
students in New Orleans, Chicago and Newark.

NEW ORLEANS
Investigators with the U.S. Department of Education's Office for Civil Rights are in New Orleans this week investigating a Title VI complaint filed by the Journey for Justice Alliance and the Advancement Project last year during an AROS event at the U.S. Supreme Court. The complaint detailed the disproportionate and harmful impact of the mass closure of traditional public schools and the expansion of charter schools in the city in the wake of Hurricane Katrina. Read more here.

NEW YORK STATE
A huge coalition of education advocacy organizations are opposing a plan by Gov. Andrew Cuomo to create a state tax credit that would reimburse wealthy donors for contributing scholarships to private schools. The proposal would cost tax payers $150 million in the first year alone, despite the fact that the legislature is still nearly $6 billion behind in providing constitutionally mandated funding to public schools. Read more from the Alliance for Quality Education here, and watch a video explaining how the proposal hurts students and schools here.

June 7-13: The Massachusetts Education Justice Alliance is hosting a Week of Action to Defend Public Education. Click here for details.