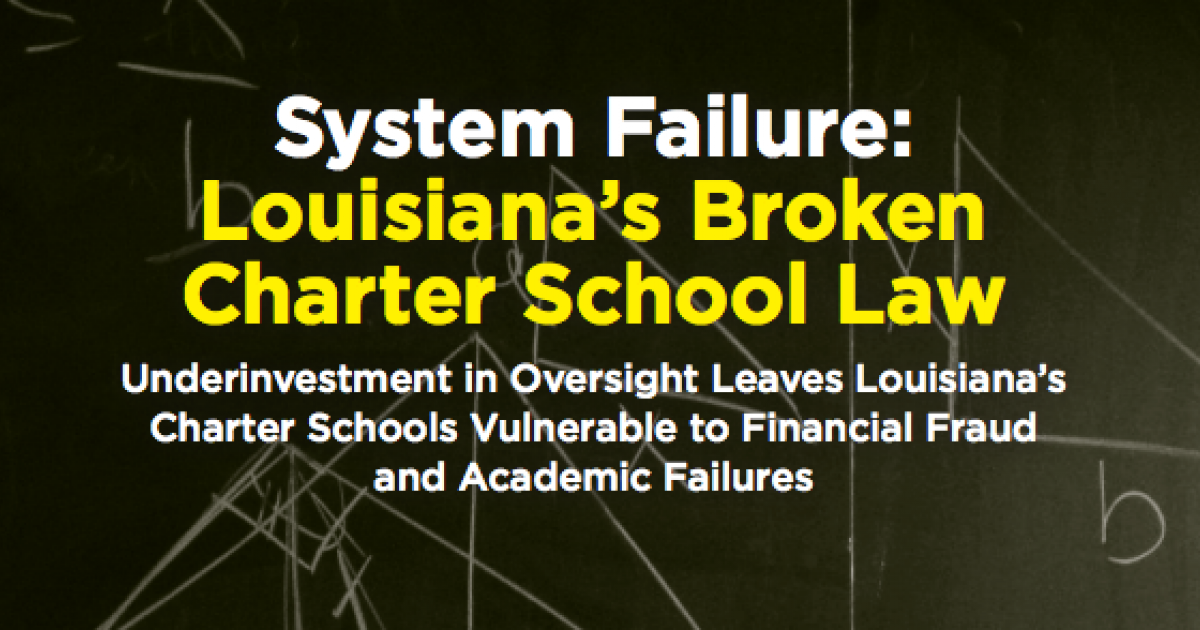 The Alliance to Reclaim Our Schools Newsletter
May 15, 2015

Welcome to our May 15 newsletter! Enjoy the latest from education organizers across the country. Be sure to share updates from your city or state with us on Twitter and Facebook, and, as always, you can tell your friends and colleagues to sign up for our newsletter here. 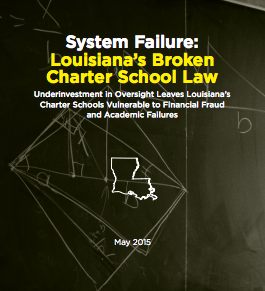 NEW ORLEANS
The Center for Popular Democracy and the Coalition for Community Schools released a new report on May 12 highlighting fundamental flaws in the financial oversight of charter schools in New Orleans, the country's first all-charter district. The lack of accountability has resulted in millions of dollars in fraud and mismanagement. Read more from The Times-Picayune here and download the full report here.

NASHVILLE
The CPD report on New Orleans can serve as a cautionary tale and further justification for city officials in Nashville, who recently made the positive step of adopting a set of charter school accountability standards designed by the Annenberg Institute for School Reform. The Tennessee Education Report shows how strong oversight systems could help Nashville avoid the millions in charter school fraud that occurred in New Orleans. Read more here.

ST. LOUIS
Brittini Gray, a community organizer with Metropolitan Congregations United, published a powerful op-ed this week in the St. Louis Post-Dispatch decrying the continued lack of resources for schools in the St. Louis area. "If we had been a region that cared about the education of Mike Brown as much as we cared about his death," she writes, every school would be "a vibrant community center with wrap-around services for every child." Read Gray's op-ed here.

NATIONAL
The Center for Media and Democracy (CMD) joined the call for better charter school accountability with a new report that finds the federal government failed to monitor the use of more than $3 billion in tax payer funds that supported the growth of charter schools nationwide over the past 20 years. The report identifies serious deficiencies in the program's accountability structure and echoes the AROS call last month for a moratorium on new spending to expand charter schools until the accountability issues are addressed. Read more from NY Daily News and Democracy Now, and download the full CMD report here.

LITTLE ROCK
Representatives from community-labor partnerships in seven southern states attended a regional AROS meeting on May 12th in Little Rock. The meeting drew 75 participants, who were treated to a tour of historic sites in Little Rock including Central High School, the site of the nation's first forced integration of public schools. It was a high energy meeting with lots of planning to expand community-labor alliances across the region to support the core AROS campaigns around promoting community schools and ending the privatization of public schools.

June 7-13: The Massachusetts Education Justice Alliance is hosting a Week of Action to Defend Public Education. Click here for details.