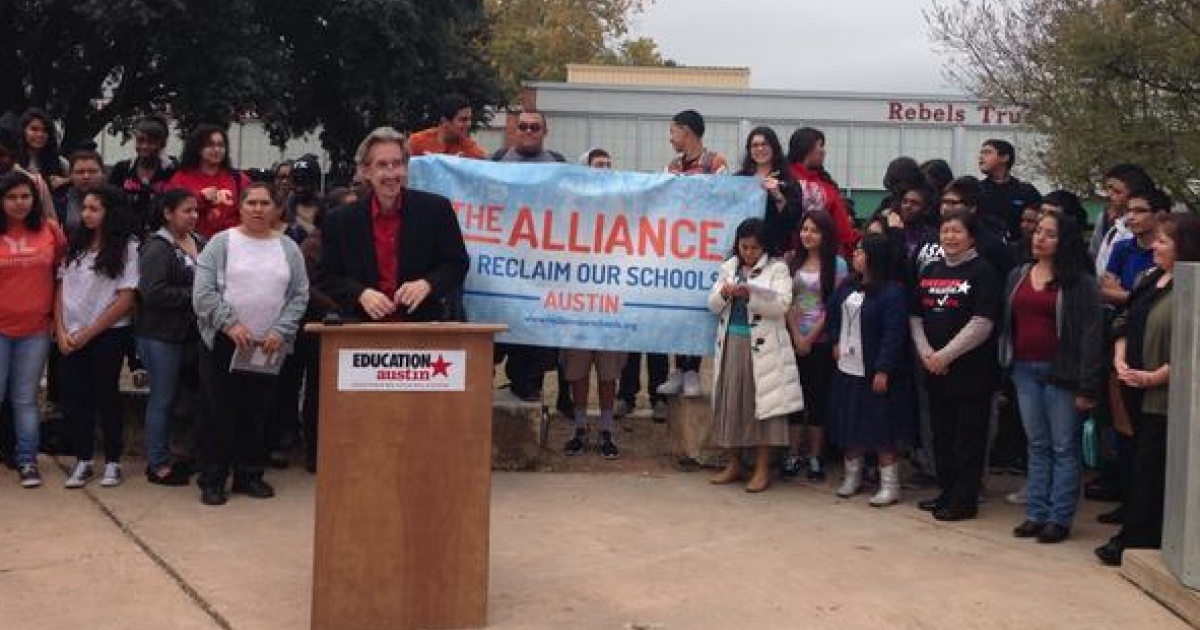 The Alliance to Reclaim Our Schools Newsletter
March 6, 2015

Welcome to our March 6 newsletter! Here's the latest from advocates and organizers nationwide. Be sure to connect with us on Twitter and Facebook to share updates from your city! 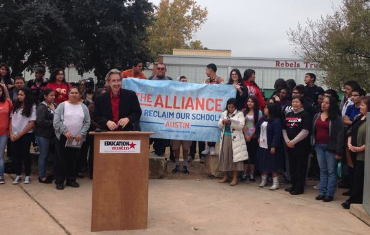 Local AROS partner Education Austin is putting community schools at the forefront of their advocacy agenda this spring, and their work is already raising awareness across the state. The latest issue of Texas Teacher magazine [see page 10] highlights the successes of two local community schools. In a an op-ed in The Dallas Morning News, Dallas parent and Texas Organizing Project leader Suzette Jefferson cites Austin's successes as a reason to expand the community school model to her city.

Thanks to the hard work of community and labor organizers in Chicago, education has become a defining issue in the city's mayoral elections. The backlash over Mayor Rahm Emanuel’s decision to close 50 public schools predominantly in communities of color is now national news as it seems to be putting his chances of winning back his seat in jeopardy. He failed to win enough votes on February 24 to avoid a run-off and he will now face off on April 7 against Cook County Commissioner Chuy Garcia, who is a long-time supporter of public education and has been endorsed by the Chicago Teachers Union. Read more>

Boston students participate in a panel to
interview superintendent candidates

Members of the Boston Student Advisory Council sat on a student and teacher panel to interview the final candidates for Superintendent of the Boston Public Schools. Guided by criteria developed with the input of hundreds of students across the city, the youth panelists provided formal feedback to the Boston School Committee on each candidate, evaluating them on their willingness to allow students to be involved in the decision-making process, their focus on equity in Boston schools, and their willingness to embrace and implement restorative justice practices to limit harsh school discipline. In the end, the Committee selected Tommy Chang, formerly with the Los Angeles Unified School District, to become the new superintendent. Read more>

Pennsylvania Governor Tom Wolf's proposed state budget includes a $142 million funding increase for the School District of Philadelphia as well as an intent to increase accountability for charter schools across the state. This victory is due in no small part to the strong, relentless organizing from groups like the Philadelphia Coalition Advocating for Public Schools, the Philadelphia Student Union and Youth United for Change, who have worked to highlight the impact of budget cuts and underfunding on Philly schools. Wolf also specifically acknowledged that the fiscal crisis facing Philly's public schools is at least partly a result of the rapid growth of charter schools. Read more here and here. 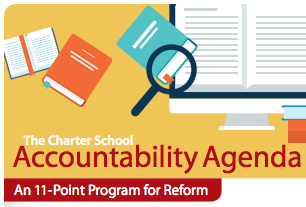