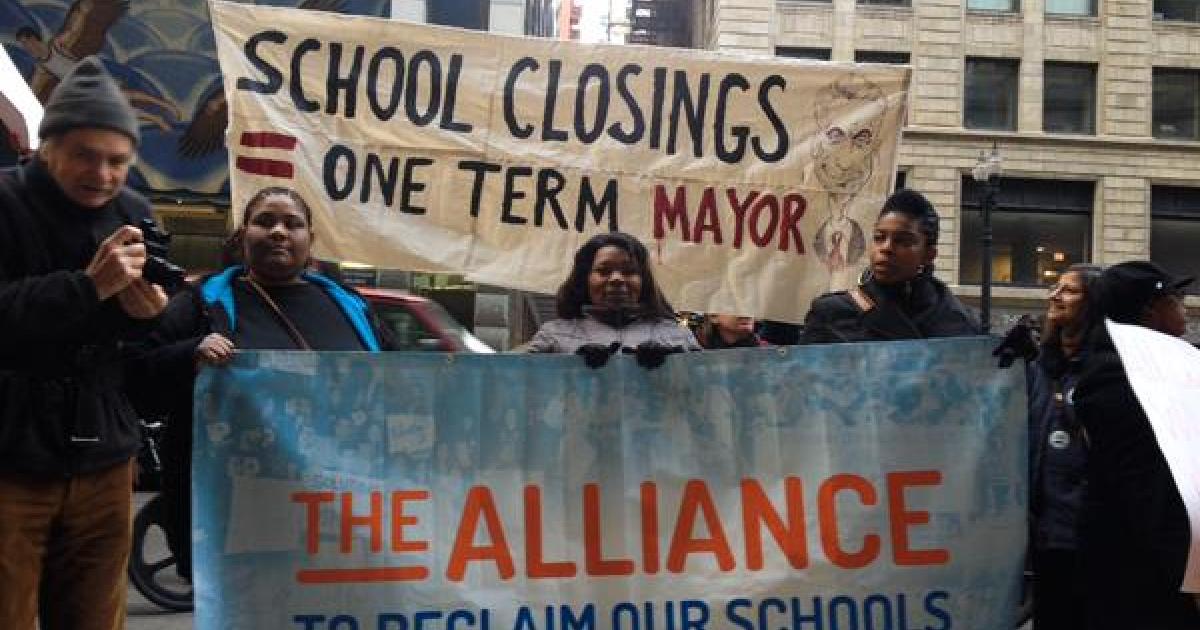 The Alliance to Reclaim Our Schools Newsletter
March 27, 2015

Welcome to our March 27 newsletter! We'll be on hiatus next week, so expect the next edition in your inbox on April 10. In the meantime, you can always connect with us on Twitter and Facebook to share updates from your city. 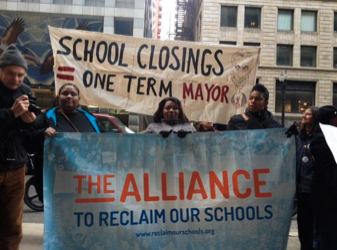 CHICAGO
On Thursday, hundreds of parents, students, teachers and community members rallied in Chicago with the Journey for Justice Alliance to call for the creation of full-service community schools and an elected school board. The protesters criticized the failed education policies of Mayor Rahm Emanuel, particularly the recent closure of 50 public schools, mostly in communities of color. Check out some of the great pictures and live tweets here.

Also in Chicago: The Chicago Teachers Union called for a $15 minimum wage in Chicago to support working families, especially workers who perform vital services for the city's schools like the "safe passages" monitors who watch over students walking long or dangerous routes to school in the wake of Mayor Emanuel's mass school closings. Read more> 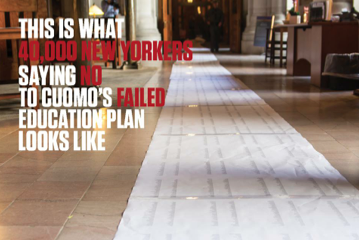 The 40,000 signatures on display at the state capitol
Picture via Citizen Action of New York

NEW YORK
Citizen Action of New York, the Alliance for Quality Education, the Working Families Party and the United Federation of Teachers delivered 40,000 signatures from a petition rejecting NY Gov. Andrew Cuomo's plans to implement more high-stakes testing and put struggling districts under state receivership. With the state budget due to be finalized soon, these education organizations are making a last push for more resources to end the huge disparities in funding for New York schools. Read more>

Also in New York: Assemblywoman Crystal Peoples-Stokes from Buffalo will soon be introducing legislation to fund and implement full-service community schools across the state to better meet the academic, health and social needs of students and their families. Read more>

PITTSBURGH
Dozens of parents attended a "test-in" last weekend to protest the overuse of high-stakes, standardized tests in Pittsburgh Public Schools. The event was sponsored by Yinzercation and Great Public Schools Pittsburgh. Parents tried to answer typical test questions in conditions mimicking the high-security, high-pressure environment that students endure during testing season. Principals and educators talked to the group about their frustrations with the testing regimen they're required to administer and the costs (both financial and in terms of lost learning time) of continuing these tests. Read more>

CALIFORNIA
The Center for Popular Democracy (CPD) released another report in its series of state-by-state investigations into fraud, waste and abuse in the charter school sector. This time the target was California, where CPD found $81 million worth of mishandled charter school funding. Read more here and download the report here.