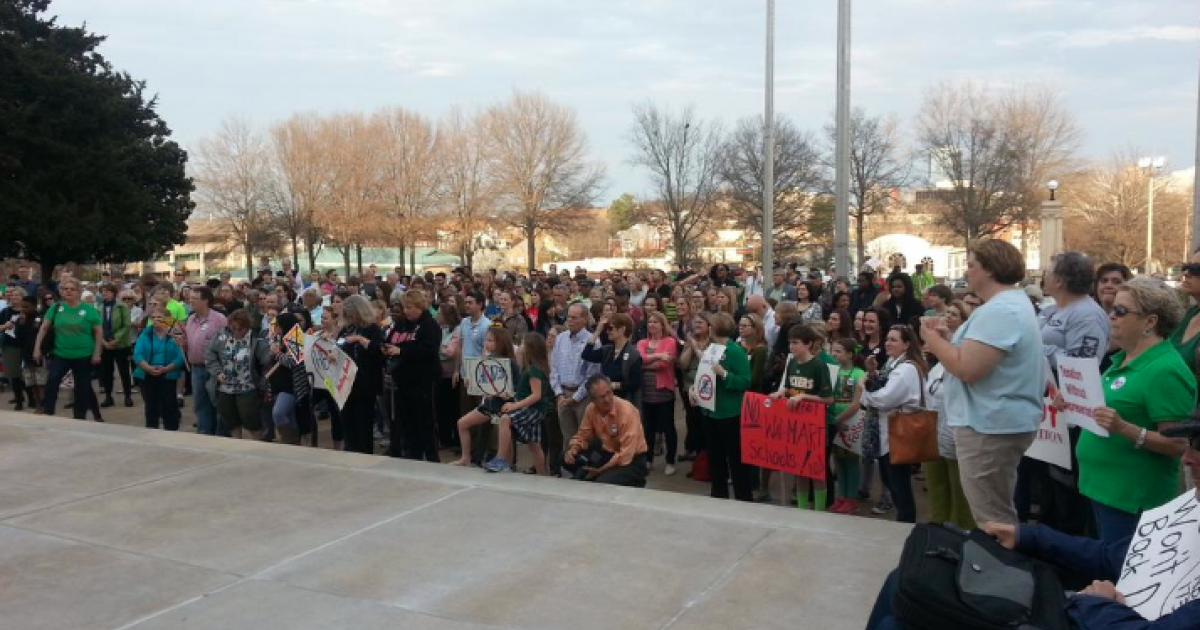 The Alliance to Reclaim Our Schools Newsletter
March 20, 2015

Welcome to our March 20 newsletter! Enjoy the latest news from advocates and organizers nationwide, and be sure to connect with us on Twitter and Facebook to share updates from your city.

(P.S. Tired of forwarding this newsletter to your friends and colleagues? Tell them to sign up here!)

LITTLE ROCK
All eyes were on Little Rock this week, where a coalition of community members, parents, teachers and school administrators beat back an effort by House Education Committee Member Bruce Cozart to privatize struggling school districts in the state. House Bill 1733 would have handed control of struggling districts over to private charter school operators, but Cozart withdrew the bill in the face of massive opposition. A Tuesday evening rally against the bill at the Capitol turned into a victory party after the news was announced. Read more here.

CHICAGO AND NEW ORLEANS:
Weighing in on the privatization effort in Little Rock, New Orleans parent Karran Harper Royal and Chicago grandmother Irene Robinson published a powerful column in the Arkansas Times warning about the harmful impact that privatization has had on their cities' schools and communities. Read it here.

"Community Schools are not a reform du jour. They represent, instead, a paradigm shift in how we think about schools and the way we educate children. Services provided at these schools reflect the unique needs of individual communities and may include: academic programs like tutoring, enrichment activities, early college start programs; medical services like vision, dental, nutrition and mental health; and programs for parents like adult education, ESL classes, housing assistance and job training."

NEW YORK STATE
In New York State, the Alliance for Quality Education and other community organizations are fighting against a powerful group of hedge-fund managers bent on privatizing the state's education system. The Nation has published a thorough investigation into the inner workings of this Wall Street group that links their agenda to Governor Andrew Cuomo's failure to fund schools adequately as mandated by the state constitution. Read it here.

TUESDAY, MARCH 24:
AROS is hosting a webinar at 1PM Eastern to discuss the Alliance's proposed demands around the reauthorization of the federal Elementary and Secondary Education Act. If you'd like to join and weigh in on the conversation, please contact Leigh Dingerson (ldingerson@gmail.com).

CHICAGO: AROS and the Journey for Justice Alliance are planning a rally in Chicago on Thursday, March 26 to demand sustainable community schools. Stay tuned for details!