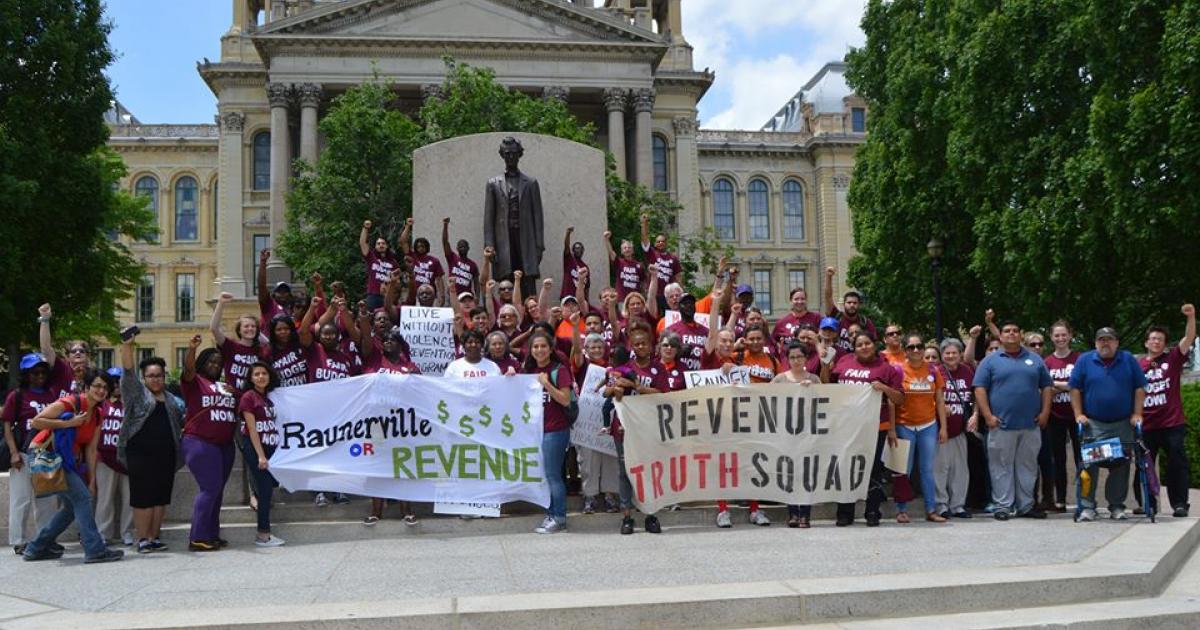 The Alliance to Reclaim Our Schools Newsletter
June 5, 2015

Welcome to our June 5 newsletter! Share the latest from your city or state with us on Twitter and Facebook, and don't forget to tell your friends and colleagues to sign up for our newsletter here. 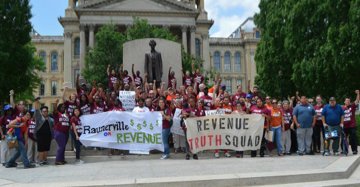 CHICAGO
While Illinois lawmakers negotiate next year’s budget behind closed doors, the “Revenue Truth Squad,” which includes Action Now and other Chicago grassroots groups, is demanding that the rich pay their fair share to support critical public services like schools. The coalition wants the legislature to close corporate tax loopholes, end bad deals with banks, and create a progressive income tax. Reacting to the groups’ campaign, Rep. Chris Welch (D-7th) introduced a resolution calling for the state to reduce the fees it pays big banks before cutting funding from communities and public services. The resolution, HB0531, passed unanimously in the House. Check out this video from Action Now asking the Governor to walk a mile in the shoes of those fighting for economic justice.

Also in Chicago: The Chicago Teachers Union and allied community partners are hosting a series of community forums to talk with parents, students, teachers and residents about the how the union plans to use its contract negotiations to champion issues like wraparound health and social services for students, fair school discipline, and small class sizes. CTU is also encouraging people to wear red and attend rallies for a Fair Contract and a Just Chicago on June 5 and June 12. Details here.

PHILADELPHIA
Ron Whitehorne, coordinator for the Philadelphia Coalition Advocating for Public Schools, wrote a great op-ed in The Notebook this week analyzing the impact of education justice organizing on the recent mayoral primary. The election became a referendum against charter school expansion and in favor of fully funding public schools and taking back power over the district from the state-controlled School Reform Commission. Read the op-ed here.

Also in Philadelphia: Action United will be leading a statewide bus tour June 15–29 to build support for fair funding for the Pennsylvania's public schools. Details here.

KANSAS CITY
Local pastors and organizers with MORE2 are fighting a proposed charter school expansion in Kansas City. Around 100 people shut down a school board meeting last week when they refused to stand down during the public comment period after demanding that board members commit to ceasingc negotiations with a local charter operator. Read more here.

GEORGIA
Georgia Governor Nathan Deal and the state legislature have proposed a November 2016 referendum that would create a state-run Opportunity School District to take over struggling public schools. Local communities and school boards would lose control of their schools, which could be shut down or handed off to a charter school operator. (Read more about the referendum here.) The Georgia Association of Educators is working to build a broad-based coalition of teachers, parents, civil rights advocates and community organizations to defeat the referendum. They will be working with allies across the South, and representatives recently attended a regional AROS meeting in Little Rock. Stay tuned for more updates from our Georgia and Southern partners!

June 8–12: The Massachusetts Education Justice Alliance will be leading a week of action across the state in early June to call for less high-stakes, standardized testing and more opportunities for deeper learning. Click here for details.